Oct. 23 (UPI) -- Twelve percent of frequent marijuana users experienced withdrawal symptoms after the effects wore off or they attempted to kick the habit, researchers report in a new study.

As marijuana is increasingly legalized and used across the United States, the potential for its use and misuse, as well as effects of both, has grown.

Researchers at Columbia University analyzed data from a survey on cannabis withdrawal syndrome, which includes emotional, behavioral and physical symptoms. The findings, by the university's Mailman School of Public Health and Irving Medical Center, were published Monday in the journal Drug and Alcohol Dependence.

CWS was first included in the Diagnostic and Statistical Manual of Mental Disorders in 2013.

During in-person interviews, users were asked to think of the last time the effects of marijuana wore off -- usually in the morning or within a few days after stopping or cutting down, Dr. Deborah Hasin, professor of epidemiology at Columbia Mailman School of Public Health, told UPI. They were asked to explain certain physical and mental symptoms.

Participating were 1,527 adults at least 18 years old who were frequent cannabis users, which are defined as smoking pot three or more times a week during the year. They were among 36,309 participants in 2012-13 National Epidemiologic Survey on Alcohol and Related Conditions-III -- the only nationally representative survey that measures clinically diagnosed cannabis withdrawal syndrome.

"In a rapidly changing landscape of marijuana laws and attitudes, cannabis use continues to increase among American adults," Hasin said in a press release. "As a result, more information on the prevalence and correlates of clinical withdrawal in the general population is of critical importance.

The study was conducted before the rise in vaping and edibles.

"Most users of the newer modes of administration -- vaping and edibles -- also smoke cannabis," Hasin said. "Therefore, for users in modes other than smoking, the amount of consumption could be underestimated. Given the increase in cannabis potency in recent decades, developing reliable measures to investigate the effect of cannabis concentration and mode of administration will be important in advancing our understanding of cannabis withdrawal syndrome."

The most commonly reported CWS symptoms when participants stopped smoking were nervousness or anxiety at 76 percent, hostility at 72 percent, sleep difficulty at 68 percent and depressed mood at 59 percent. Restlessness was lower, at 43 percent, followed by decreased appetite or weight loss at 27 percent.

Any physical symptoms were mentioned by 70 percent, but specific ones were minimal -- headache at 47.9 percent, shakiness or tremors at 25 percent, sweating at 22 percent, abdominal pain at 12 percent, chills at 7 percent and fevers at 3 percent.

"Cannabis withdrawal syndrome is a highly disabling condition," said Hasin, who is also a professor in the Department of Psychiatry. "The syndrome's shared symptoms with depressive and anxiety disorders call for clinician awareness of cannabis withdrawal symptoms and the factors associated with it to promote more effective treatment among frequent cannabis users."

"Given the increase in public beliefs that cannabis is an eﬀective treatment for depression, clinicians should ensure that these patients' eﬀorts to self medicate with cannabis are not unintentionally perpetuating cannabis withdrawal," the authors wrote.

Health News // 7 hours ago
Study: Recovered COVID-19 patients may need just one dose of two-dose vaccines
June 23 (UPI) -- People who have had COVID-19 may not benefit from the second dose of the two-shot vaccines against the virus, a study published Wednesday by the journal ACS Nano found.

Health News // 8 hours ago
Fertility drugs don't raise risk for breast cancer, study says
Women battling infertility are often given medications to help them conceive, and potential side effects are always a concern. Now, research suggests use of the drugs won't raise a woman's odds for breast cancer.

Health News // 15 hours ago
Obesity in teens raises adult diabetes risk, even after weight loss
In a finding that confirms what many suspect, a new study shows that teens who are overweight or obese may be more likely to develop type 2 diabetes or have a heart attack in their 30s and 40s. 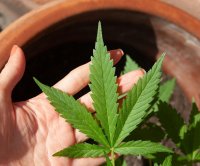 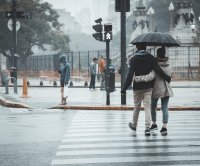 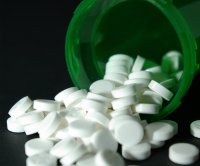