Half of women will develop dementia, stroke or Parkinson's disease, study says

Roughly one-third of men are also predicted to develop a neurological condition as they age, according to researchers.

A study found half of women, and one-third of men, in their lifetime will develop one of three neurological conditions -- Parkinson's, dementia or stroke. Photo by geralt/pixabay

Oct. 3 (UPI) -- Nearly half of women and one-third of men during their lifetime will develop neurological conditions such as Parkinson's disease, dementia or stroke, according to a study.

But Dutch researchers found the lifetime risk can be reduced up to 50 percent -- depending on age -- by following preventive measures. The findings were published Tuesday in the Journal of Neurology Neurosurgery and Psychiatry.

"These findings strengthen the call for prioritizing the focus on preventive interventions at population level which could substantially reduce the burden of common neurological diseases in the aging population," the researchers concluded in the study.

The global costs of dementia, stroke and Parkinson's disease -- among the leading causes of death -- are thought to amount to more than 2 percent of the world's annual economic productivity. And the figure is set to rise steeply as life expectancy continues to increase.

The researchers tracked the neurological health of 12,102 people at least 45 years old taking part in the Rotterdam Study between 1990 and 2016. Around 58 percent of the participants were women, and the median age for everyone was 62. Of the participants, 97 percent had European ancestry and a relatively long life expectancy.

Participants were all free of these diseases and given a thorough health check every four years. The study continued until Jan. 1, 2016, or earlier if they died. During the study, 5,291 people died, including 3,260 not diagnosed with any neurological disease.

Among those diagnosed with any of the three conditions, they were more likely to have high blood pressure, abnormal heart rhythm, high cholesterol and type 2 diabetes at the start of the monitoring period.

The risk of developing them increased substantially with age -- the overall lifetime risk of a 45-year-old developing dementia, Parkinson's or having a stroke was 48 percent in women and 36 percent in men.

Women were at heightened risk of developing dementia compared with men. But men were at substantially higher risk of having a stroke at younger ages than women. At 45, they had similar lifetime risk of a stroke.

And women also were twice as likely as men to be diagnosed with dementia and stroke.

The researchers found delaying the onset of these diseases by 3 to 5 years through preventive measures results in a reduced lifetime risk of 20 percent in 45 year olds and more than 50 percent in those 85 and older.

A study published last month found the Mediterranean diet may lower the risk of stroke among women. Men, however, did not see similar benefits from the diet, which concentrates on fish, fruits, nuts, vegetables and beans, and avoids meat and dairy products.

"Simple changes in dietary habits may bring a substantial benefit regarding reducing stroke, which remains one of the leading causes of death and disability worldwide," said Dr. Phyo Myint, lead researcher on the diet study.

Health News // 5 hours ago
Keeping weight stable may ward off cognitive decline
Older adults who maintain a steady weight as they age are less likely to experience rapid cognitive decline, regardless of how much they weigh to start, new research suggests.

Health News // 17 hours ago
CDC: Omicron variant caused surge in COVID-19 hospitalizations, fewer deaths at peak
Jan. 25 (UPI) -- The emergence of the Omicron variant of COVID-19 led to a record number of infections, emergency-room visits and hospital admissions over a seven-day period earlier this month, according to data released by the CDC.

Health News // 17 hours ago
Strokes are more common in young women than young men
Strokes aren't common among young people, but when they do happen, they strike more often in women than men, a new review finds.

Health News // 19 hours ago
Plasma treatments only effective in some COVID-19 patients, study finds
Jan. 25 (UPI) -- Using blood plasma collected from patients who have recovered from COVID-19 to treat those actively battling the virus only works in some cases, an analysis published Tuesday by JAMA Network Open found.

Health News // 20 hours ago
Vaccination plus infection creates 'super immunity' against COVID-19, study finds
Jan. 25 (UPI) -- Contracting COVID-19 after becoming fully vaccinated and or becoming vaccinated after being sickened with the virus provide strong immunity against future infection, a study published by the Science Immunology found. 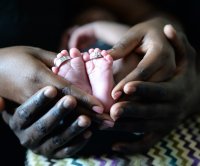