The drug effectively curbs pain immediately after surgery, and works against other forms of chronic pain, but researchers found it is no better than a placebo for traumatic nerve injury patients.

A study found the common painkiller pregabalin was ineffective in controlling chronic pain after traumatic nerve injury compared with a placebo. Photo by Esther Max/Flickr License

Sept. 25 (UPI) -- The common painkiller pregabalin was ineffective at controlling chronic pain following traumatic nerve injury compared to a placebo, according to a new study.

Pregabalin, which is marketed by Pfizer under the name Lyrica, did, however, show potential in relieving pain that sometimes lingers after surgery. Researchers published their findings Monday in the Journal of Neurology.

"The unrelenting burning or stabbing symptoms due to nerve trauma are a leading reason why people seek treatment for chronic pain after a fall, car accident, or surgery," Dr. John Markman, director of the Translational Pain Research Program in the University of Rochester's Department of Neurosurgery, said in a press release. "While these finding show that pregabalin is not effective in controlling the long-term pain for traumatic injury, it may provide relief for patients experience post-surgical pain."

Roughly one-third of patients with chronic pain after surgery are believed to have neuropathic pain, or ongoing pain related to nerve injury, the study's writers noted.

Doctors have turned to non-opioid pain relievers, including pregabalin, to relieve symptoms patients describe as "burning," "unpleasant tingling," or "numbness," which resemble other nerve pain syndromes that include shingles pain.

For the study, researchers followed 539 adults with a mean age of 53 for three months in 101 centers in North America, Europe, Africa and Asia between 2012 and 2015. Half the patients were prescribed pregabalin and the other half received a placebo. They rated their pain, as well as sleep disruption, on an 11-point scale.

A significantly greater number of patients in the pregabalin group described their situations as very much improved or much improved when comparing their assessment during the last week of treatment. Also, there was a consistent and significant reduction in pain interference with sleep over the course of the study.

But patients receiving a placebo also had a steady lowering of their pain during the study, the researchers report.

Although pregabalin was not effective in controlling pain from traumatic nerve injury, participants whose nerve pain was attributed to surgery showed that the drug did provide better pain relief than a placebo at three months.

"The possibility that there was pain relief for those patients who had a hernia repair, or breast surgery for cancer, or a joint replacement lays the groundwork for future studies in these post-surgical syndromes where there is so much need for non-opioid treatments," Markman said.

Because of different biological changes in the nerves and other tissues, pain varies among patients. And there is no diagnostic method that allows doctors to determine which type of pain treatment is effective, the authors said.

"Given the rising rates of surgery and shrinking reliance on opioids, it is critical that we understand how to study new drugs that work differently in patients like the ones included in this study," Markman said. 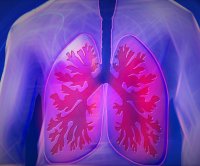 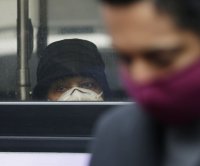