Study: Caffeine may lower risk of death from kidney disease

A study found consuming caffeine may help reduce the risk of death for people with chronic kidney disease. Photo by Dima Sobko/Shutterstock

Sept. 12 (UPI) -- Consuming greater amounts of caffeine, including soft drinks, tea and coffee, may help reduce the risk of death for people with chronic kidney disease, according to a study.

Researchers sought to determine whether the association between coffee consumption and mortality of those with the disease matched previous research that showed the relationship in the general population. Their findings were published Wednesday in the journal Nephrology Dialysis Transplantation.

The possible protective effect has been shown to be related to vascular effects because caffeine is known to promote the release of substances, such as nitric oxide, that improve the vessels' function. About 14 percent of adults have chronic kidney disease in the Untied States, according to the National Institute of Diabetes and Digestive and Kidney Diseases. Around 468,000 individuals are on dialysis.

"The reduction in mortality was present even after considering other important factors such as age, gender, race, smoking, other diseases, and diet," study author Dr. Miguel Bigotte Vieira said in an Oxford University Press release. "These results suggest that advising patients with kidney disease to drink more caffeine may reduce their mortality. This would represent a simple, clinically beneficial, and inexpensive option, though this benefit should ideally be confirmed in a randomized clinical trial."

RELATED Perk up: Drinking coffee is safe, despite confusing studies

Studied were 4,863 Americans with a mean age of 60 from 1999 to 2010 from the National Center for Health Statistics of the Centers for Disease Control and Prevention. Over a 60-month follow-up, 1,293 died.

The participants were broken down into four groups based upon caffeine consumption: less than 28.2 milligrams per day, 28.2-103.0 mg, 103.01-213.5 mg and more than 213.5 mg. The average caffeine content of an 8-ounce brewed cup of coffee is 95 mg. A single espresso or espresso-based drink has 63 mg, and decaf coffee includes about 3 mg of caffeine.

Patients who consumed higher levels of caffeine had a nearly 25 precent reduction in the risk of death over a median follow-up of 60 months compared with those who consumed less caffeine.

The authors said future research should focus on the benefits of other compounds in caffeine-containing beverages and on the association in other world regions.

Health News // 1 hour ago
25% of young adults most likely won't get COVID-19 vaccine, CDC survey shows
June 21 (UPI) -- One in four adults ages 18 to 39 years in the United States "probably or definitely" will refuse to get the COVID-19 vaccine, according to survey data released Monday by the Centers for Disease Control and Prevention. 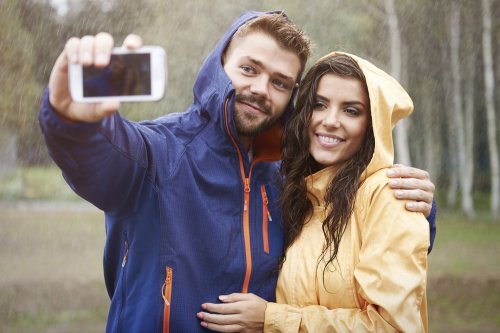 Health News // 3 hours ago
Survey: One-quarter of U.S. adults don't want kids, happy without them
Marriage and children may be the norm for most Americans, but a new study shows that many people are choosing to remain child-free -- and they're happy that way.

Health News // 3 days ago
Plant-based 'fake meats' are nutritious choice for most people, study says
More and more Americans are seeking out healthier, greener and more ethical alternatives to meat, but are plant-based alternatives like the Impossible Burger and Beyond Meat truly nutritious substitutes?
Advertisement