Adolescents who receive human papillomavirus vaccinations do not have an increased risk of premature menopause, according to a study. Photo by whitesession/pixabay

Aug. 21 (UPI) -- Adolescents who receive HPV vaccinations do not have an increased risk of premature menopause, according to a study.

Researchers at Kaiser Permanente studied the safety of the human papillomavirus vaccination in regards to primary ovarian insufficiency. The findings were published in the August issue of the journal Pediatrics.

A vaccine has been developed for HPV. Permanente estimated that 65 percent of 13-17-year-old girls received at least one HPV vaccination and less than half were up to date with the series. The figures are lower than other vaccines, including tetanus-diphtheria-acellular pertussis at 88 percent.

"Reports of premature menopause after HPV vaccination have received a lot of media attention, including on social media," Allison Naleway, PhD, lead author and investigator with the Kaiser Permanente Center for Health Research in Portland, Ore., said in a press release. "However, these reports were based on a small number of isolated cases and must be interpreted with caution."

The researchers identified 199,078 females 11-34 years old with at least 30 days of health plan membership at Kaiser Permanente in the Northwest from August 2006 through the end of 2014. The vaccine first became available at Kaiser in 2006.

These female members were followed until health plan disenrollment, their 35th birthday or the end of the study period, whichever came first.

They excluded 27 cases of POI, or premature ovarian insufficiency, with a known cause, including genetic conditions or surgical removal of the ovaries, as well as coding errors and conditions before 2006.

"In a population of 58,871 young women who received the HPV vaccine during the study period, we found only one case of an individual who possibly had symptoms of primary ovarian sufficiency after vaccination," Naleway said. "If POI is triggered by the HPV vaccine or another recommended adolescent vaccine, we would have expected to see higher incidence in the younger women who were most likely to be vaccinated. But we found no elevated risk for these individuals."

The CDC worked with Kaiser on the study.

"The safety of adolescent vaccines is important to CDC, as it is for parents and health care providers," co-author Julianne Gee, of the CDC's Immunization Safety Office, said. "While the safety of these vaccines is well established, this important study offers additional population-based, scientific evidence that HPV and other adolescent vaccines do not negatively impact fertility in young women."

Health News // 1 hour ago
Sugary sodas linked to risk factors for heart disease, stroke
Sugar-sweetened drinks can play havoc with your cholesterol and triglyceride levels, which increases your risk for heart disease and stroke, a new study finds.

Health News // 4 hours ago
HHS chief Alex Azar: U.S. in 'state of containment' on COVID-19
Feb. 26 (UPI) -- Health and Human Services Secretary Alex Azar told Congress Wednesday that the coronavirus risk for Americans is "very low" and that, from a public health perspective, the United States is in a "state of containment."

Health News // 7 hours ago
Phone-, tablet-related injuries common, avoidable, experts say
Here's a good reason to put your electronic devices down whenever you can: Experts say that using them incorrectly or too often can put you at risk for a range of injuries. 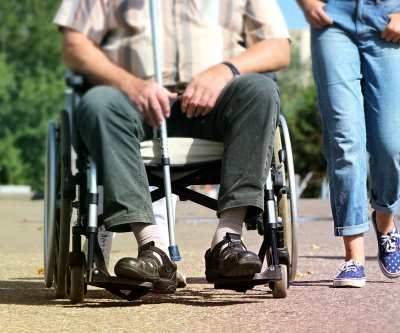 Health News // 13 hours ago
Poor sleep, bad diet combo linked to heart disease
It's a dangerous equation: Poor sleep triggers a bad diet, and the two can equal a higher risk for obesity and heart disease in women, a new study contends.

Health News // 1 day ago
Dental patients in the ER get too many antibiotics, opioids, study says
Too many patients who go to U.S. emergency rooms for dental problems are prescribed antibiotics and opioid painkillers, a new study claims.

Health News // 1 day ago
New program could offer autism therapy to families in rural areas
An ongoing trial for a program developed at University of California, Los Angeles involves the novel use of technology and developmental intervention therapy for rural families of children with a high risk of autism.