Fear of discrimination became more common among Los Angeles-area teenagers between the 2016 election and the months following Trump's presidential inauguration in 2017, researchers found.

Trump's proposed U.S.-Mexico border wall, his travel ban largely targeting Muslim countries, and the immigration crackdown under his watch appear to be contributing to a climate of fear among adolescents, said lead researcher Adam Leventhal. He's a professor and psychologist with the University of Southern California's Keck School of Medicine.

As that anxiety increased, teens became more likely to turn to cigarettes, marijuana or alcohol as a means of coping, according to findings published Monday in the journal JAMA Pediatrics.

RELATED SLS Hotels to pay $2.5M for discrimination of Haitian workers in Miami

"How concerned they were about discrimination in society was associated with an acceleration in their risk of substance use, and was associated with increased odds of depression symptoms and attention deficit hyperactivity disorder symptoms," Leventhal said.

But the study did not prove a cause-and-effect relationship.

Regular news of police shootings and the protests they spark may also be contributing to the feeling that America has become a hostile place to live, he added.

"These major public events like police-involved shootings of racial and ethnic minorities could change youth perceptions regarding a shift in the way society is treating people of racial minorities," Leventhal explained.

Dr. Nia Heard-Garris, an attending pediatrician at Lurie Children's Hospital of Chicago, said she's seen firsthand the effect such fear can have on a child.

"I had a Muslim-American patient who had anxiety and couldn't sleep for fear her family was going to be deported, even though they're all born here as fully American citizens," Heard-Garris said. "There's no question they have American citizenship, but she's anxious."

RELATED Obama in South Africa: We are in 'strange' and 'uncertain' times

Another patient experienced terrible stomach pains after her father was taken away during an immigration raid and held at a U.S. Immigration and Customs Enforcement detention center, Heard-Garris added.

In the study, researchers twice surveyed 2,572 11th-graders at Los Angeles County public high schools, first during the 2016 campaign season and then again during the first eight months of the Trump administration in 2017.

They found that societal discrimination loomed large in teens' minds in 2016 and even larger in 2017.

For example, about 42 percent of students said they were very or extremely concerned about discrimination in 2016, and that proportion grew to 45 percent in 2017.

The strain of these fears is showing in the kids' health, the researchers said.

"Some of the risky behaviors they mention, those are methods to cope with some of the emotions of fear and anxiety kids are experiencing," said Heard-Garris, who wrote an editorial accompanying the study.

Worse, these teens had increased risk of symptoms linked to depression and ADHD.

These fears are being driven more by a perceived increase in hostility toward their racial or ethnic group than any personal discrimination the teens are experiencing in their day-to-day lives, Leventhal said.

"That led us to believe there may be something going on about their perceptions of society at large, regardless of what's happening in their own local community and their lives," Leventhal said.

Pediatricians, teachers, parents and role models need to reach out to teens about their feelings regarding these issues, even if it's uncomfortable, Heard-Garris said.

"To me it's similar to when people were scared to ask teens about having sex," Heard-Garris said. "We need to ask, 'Have you seen anything that's been upsetting to you since the last time I've seen you, or has anything happened to you that was upsetting?'

"You want to know how they're feeling about all of the things that are happening in our government and society, especially if that's going to have a negative impact on their health," she said.

The Robert Wood Johnson Foundation has more about racism and health. 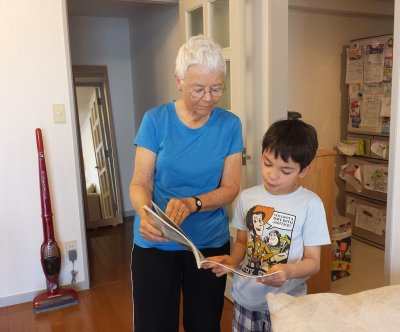 Health News // 14 hours ago
Kids raised by grandparents more likely to be overweight, obese
Grandparents can be a bad influence on kids' weight, researchers say, in a study that found kids cared for by grandparents had nearly 30 percent higher odds for being overweight or obese.

Health News // 15 hours ago
Vaping linked to DNA changes similar to those in cancer
Chemical alterations called epigenetic changes have been linked to vaping and e-cigarette use, and can cause genes to malfunction. The changes are found in nearly all types of cancer, researchers say.

Health News // 19 hours ago
Too much sitting increases heart disease, diabetes risk in older women
Feb. 17 (UPI) -- Researchers assessed the sitting habits of older, post-menopausal women and found that those who spent more time seated, and were either overweight or obese, had a higher risk of heart disease and diabetes.