The procedure is the first of its kind and researchers hope it will lead to treatments for incurable eye diseases.

Researchers say that activating stem cells in the eyes of blind mice restored some of their vision, and may lead to treatments for incurable eye conditions. Photo by Guiliamar/Pixabay

THURSDAY, Aug. 16, 2018 -- Scientists say they have restored some degree of vision in blind lab mice, by activating stem cells in their eyes.

The procedure is the first of its kind and the researchers hope it will lead to treatments for incurable eye diseases.

Stem cells are primitive cells that can develop into mature body tissue. Researchers have been studying stem cells as a potential treatment for eye diseases marked by degeneration in the retina -- the light-sensitive tissue at the back of the eye.

Those diseases range from the common age-related macular degeneration to retinitis pigmentosa -- a group of rare genetic disorders.

One stem cell approach is already in initial clinical trials. Earlier this year, researchers reported that in the first handful of patients they've studied, stem cells appeared to slow the progression of macular degeneration.

That treatment involved stem cells that were derived from human embryos, then engineered to develop into specialized retinal cells. Each patient had a "sheet" of cells transplanted into the eye.

This latest approach is different: It aims to wake up the regenerative capacity of certain cells that already exist within the retina, explained lead researcher Bo Chen, who directs the ocular stem cell program at Mount Sinai in New York City.

The cells are called Muller glia. And in zebrafish, Chen said, they act as a source of retinal stem cells -- jumping into action when the retina is damaged, to produce healthy new tissue.

In humans and other mammals, Muller glia offer "structure and support" to other retinal cells, Chen said. But in the face of retinal damage, Muller glia launch only a weak response -- not enough to repair the tissue.

Now Chen and his team may have found a way to coax the cells into action -- at least in mice.

The researchers used a two-step gene therapy to reprogram Muller glia in lab mice that were blind since birth -- a model of congenital blindness in humans.

The first gene they injected caused the Muller cells to proliferate and "behave like stem cells," Chen explained.

The second step used additional genes to spur the cells to develop into new rod photoreceptors -- retinal cells that allow a person to navigate in low light.

According to Chen, the new photoreceptors integrated into the existing structure of the rodents' eyes -- and, after a few weeks, restored the animals' ability to see light.

The researchers describe the work in the Aug. 15 online issue of Nature.

"They've engaged a cell type that's already in the retina," said McGill, who was not involved in the Mount Sinai study. "This approach doesn't require the vast amount of resources needed for stem cell transplantation."

Many questions lie ahead, McGill cautioned. But this early work, he said, "opens the door to the fact that this can be done."

One immediate question is: How much visual improvement can be achieved in lab mice?

"So far, we can only say the [treated] mice can see light," Chen said.

That success alone, in previously blind animals, is "no easy feat," McGill noted. But, he said, one next step would be to see whether this tactic can generate new cone photoreceptors -- the cells that mainly function in brighter light and give humans color vision.

Then the therapy would have to be studied in animals with eyes that are similar in size and structure to the human eye, McGill added. But research in animals does not always produce the same results in humans.

One general concern with stem cell therapies is that they could launch an overproduction of new cells -- possibly even causing tumors, Chen pointed out.

"So this photoreceptor regeneration would have to be tightly controlled," he said.

If the technique makes it into human trials, McGill said it would likely be tested first for restoring vision loss. But ultimately, he said, it could be studied as a way to prevent vision loss in the first place.

The U.S. National Library of Medicine has more on retinal diseases. 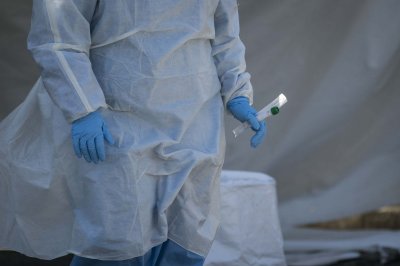