Researchers found that vitamin D -- through pills (above), and through UV and sun exposure, is unlikely to protect people from several brain-related disorders, including multiple sclerosis, Parkinson's disease and Alzheimer's disease and other forms of dementia. Photo by Buntysmum/pixabay

July 10 (UPI) -- Vitamin D is unlikely to protect people from several brain-related disorders, including multiple sclerosis, Parkinson's disease, Alzheimer's disease and other forms of dementia, according to research.

South Australian scientists reviewed 73 pre-clinical and clinical studies and concluded there is no clinical evidence the vitamin, commonly associated with sunshine, is a protective neurological agent. Their findings were published Tuesday in the journal Nutritional Neuroscience.

"It appears as if vitamin D, although essential for healthy living, is not going to be the miracle 'sunshine tablet' solution for brain-disorders that some were actively hoping for," Dr. Mark Hutchinson, a professor at Adelaide, said in a press release.

RELATED Paints, solvents tied to big rise in MS risk for some smokers

"Our work counters an emerging belief held in some quarters suggesting that higher levels of vitamin D can impact positively on brain health," Iacopetta, a Ph.D. candidate at the University of Adelaide, said in a press release.

Based upon those studies, Iacopetta said researchers hypothesized that vitamin D levels -- through more UV and sun exposure or by taking vitamin D supplements -- could potentially have a positive impact on the brain.

"Our analysis of methodologies, sample sizes, and effects on treatment and control groups shows that the link between vitamin D and brain disorders is likely to be associative -- as opposed to a directly causal relationship," she said. "We could not establish a clear role for a neuroprotective benefit from vitamin D for any of the diseases we investigated."

The researchers based their conclusion on a review and analysis of current data and relevant scientific publications.

Hutchinson said they found evidence sun exposure could affect the brain positively in ways not related to vitamin D levels.

"There are some early studies that suggest that UV exposure could have a positive impact on some neurological disorders such as multiple sclerosis," he said. "We have presented critical evidence that UV light may impact molecular processes in the brain in a manner that has absolutely nothing to do with vitamin D."

But he said more research is needed on this effect.

"It may be that sensible and safe sun exposure is good for the brain and that there are new and exciting factors at play that we have yet to identify and measure," Hutchinson said. 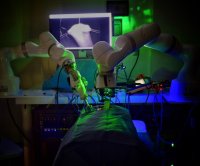 Health News // 4 hours ago
Robot performs laparoscopic surgery on pig tissue without human help
Jan. 26 (UPI) -- A robot has performed a small-incision, camera-guided surgical procedure on the soft tissue of a pig -- a milestone researchers involved in the trial described as a step closer to fully automated operations on humans.

Health News // 6 hours ago
Survey: Most adults with asthma wear masks despite discomfort
Although they report difficulty breathing and discomfort while wearing a face mask, most people with asthma still use them in public places during the COVID-19 pandemic, a new study finds.

Health News // 7 hours ago
Asian Americans approach sun protection differently from other groups, study finds
Jan. 26 (UPI) -- Asian Americans protect themselves from the sun's potentially harmful rays differently from those in other racial and ethnic groups, and research into skin cancer risk needs to take these distinctions into account. 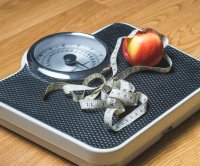 Health News // 17 hours ago
Keeping weight stable may ward off cognitive decline
Older adults who maintain a steady weight as they age are less likely to experience rapid cognitive decline, regardless of how much they weigh to start, new research suggests.