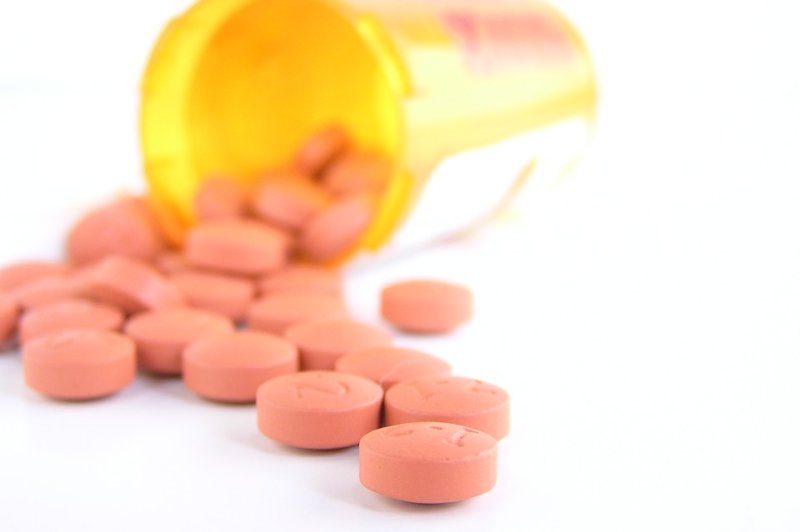 The U.S. Food & Drug Administration wants to the effects of pain on their lives and what they do to relieve the symptoms, including opioids. Photo by nosheep/Pixabay

July 9 (UPI) -- The U.S. Food & Drug Administration wants to know how people are dealing with pain as it continues to tweak recommendations for opioid painkiller prescription and use.

On Monday, the FDA conducted a public meeting in Silver Spring, Md., inviting patients and advocates to explain the impact and extent of chronic pain, different approaches of dealing with it, and challenges or barriers in accessing treatments -- specifically, opioid painkillers.

The FDA wants to know how people manage pain with analgesic medications such as opioids, acetaminophen, nonsteroidal anti-inflammatory drugs, antidepressants and non-pharmacologic interventions or therapies.

The concern has risen as the agency, as well as insurance companies and pharmacies, enact policies meant to tamp down on the opioid crisis that has led to thousands of overdoses and deaths -- but is now also making it difficult for legitimate pain management patients to receive their medication.

The Centers for Disease Control and Prevention's 2016 guidelines note opioids should only be used for the treatment of acute pain and prescribed for short durations, and recent studies have backed up theories that the drugs are not effective for treatment of chronic pain.

FDA spokesman Michael Felberbaum told UPI that several hundred people had signed up to speak in person or via a webcast for Monday's daylong session. Shannon Woodward, of the Center for Drug Evaluation and Research, was the moderator and several FDA staff members listened to the comments.

"I'm a disabled veteran," one woman said as applause erupted during the meeting. "Because of injuries that I sustained while in the service, I have chronic pain -- not just in back, a whole laundry list of problems. About a year ago, I was still relatively functional because I had access to pain medication. With all this stuff with the CDC, doctors are not prescribing medications [as they were] two years ago."

She explained how she was in pain sitting for a long time at the meeting, but wanted to get her message out.

"While we work to ensure appropriate and rational prescribing of opioids, we won't lose sight of the needs of Americans living with serious chronic pain or coping with pain at the end of life," Dr. Scott Gottlieb, the FDA commissioner, said in a press release before the meeting. "They too face significant challenges.

The FDA has already provided a blueprint with "information on acute and chronic pain management, safe use of opioids or other non-opioid or non-drug treatments, as well as material on addiction medicine and opioid use disorders."

RELATED Anticonvulsant drugs ineffective for back pain, can be harmful

And the FDA recently challenged companies to develop medical devices -- including digital health and diagnostics devices -- that could provide new solutions to treating pain. The FDA is also working with the National Institutes of Health to identify ways to advance pharmacological treatments for pain and addiction in a public-private partnership.

"Our goal is to support more rational prescribing practices, as well as identify and encourage development of new treatment options that don't have the addictive features of opioids," Gottlieb said.

Besides the public forum, the FDA also is accepting written comments through Sept. 10, with more than 300 comments already logged as of July 9.

The respondents, similar to those at the meeting, explain the range of pain -- through accidents, surgery and chronic conditions -- they have grappled with for years, in some cases from head to toe. They wrote about lack of access to drugs, restrictions and alternatives, and describe how their medical conditions affect their lives.

Carrie Meyer described how she has "no life outside of work and pain."

RELATED Treatment for obioid abuse growing, but not for Medicaid patients, study says

"I have been suffering from chronic pain for many years," Meyer wrote. "I have sought treatment from doctors, massage therapists, chiropractors, acupuncturists, and more. ... I have chosen to use alternative medicine for over ten years for most of my medical care."

Some respondents don't want the government to be involved in pain medication access.

"The more the federal government gets involved with how physicians in this country are all allowed to treat their patients, the more we citizens will suffer as a result," wrote Tesha Hammonds. "Doctors are being regulated not only by how patients are treated but also which patients will be treated and how and when they'll be treated."

Aside from the FDA, pharmacies and health insurers have started placing restrictions on opioid prescriptions in an effort to fight the opioid scourge, but legitimate patients have been caught up in the well-meaning efforts.

Last year, CVS announced it will limit all opioid prescriptions to a seven-day supply, becoming the first major retail chain to do so in the wake of the opioid epidemic.

In May, Walmart announced it will limit prescription painkillers also to no more than a seven-day supply.

Cigna, the fifth-largest medical insurance provider in the United States, announced in March it has reduced opioid use by 25 percent among its members. In 2016, the company said it would start capping prescriptions for short-acting opioids for acute pain to 15 days and plans to further limit prescriptions to seven days.

Cigna also said it would start removing OxyContin from group commercial drug lists, but not other painkillers that contain oxycodone, the active ingredient in OxyContin.

President Donald Trump said in March that his administration was considering suing drug companies and punishing some drug dealers with the death penalty.

The administration would "make sure virtually all prescriptions reimbursed by the federal government follow best practices for prescribing. We'll ensure opioid addiction is not subsidized by the American taxpayer," he said.

Trump established a task force, the Commission on Combating Drug Addiction and the Opioid Crisis, that published recommendations for dealing with the crisis, though no government action has been taken.

Gottlieb said the FDA is seeking a balance on opioid access.

"As we consider new policy steps to address the opioid addiction crisis, the FDA remains focused on striking the right balance between reducing the rate of new addiction by decreasing exposure to opioids and rationalizing prescribing, while still enabling appropriate access to those patients who have legitimate medical need for these medicines," he said.