Scientists have developed a new algorithm than can predict potentially dangerous low blood pressure during surgery. Photo by sasint/pixabay

Researchers have developed machine learning than can identify hypotension as much as 15 minutes before it occurs, and are correct about 84 percent of the time. The findings were published Monday in the journal Anesthesiology.

"Physicians haven't had a way to predict hypotension during surgery, so they have to be reactive, and treat it immediately without any prior warning," Dr. Maxime Cannesson, a professor of anesthesiology at UCLA Medical Center in Los Angeles, said in a press release. "Being able to predict hypotension would allow physicians to be proactive instead of reactive."

Canesson said the tool can save lives -- even with a warning only 10 to 15 minutes ahead of time.

"By finding a way to predict hypotension, we can avoid its complications, which can include postoperative heart attack and acute kidney injury, that can lead to death in some cases," he said.

People face a higher risk of stroke after surgery if they have low blood pressure during their operation, according to a study presented last October at the American Society of Anesthesiologists annual meeting. For that study, researchers analyzed records for 30,000 patients who underwent surgery during a six-year period.

For the new study, UCLA researchers used algorithms so that computers could learn to detect subtle signs of hypotension using more than 2.6 million bits of information to detect patterns associated with a specific outcome.

"We are using machine learning to identify which of these individual features, when they happen together and at the same time, predict hypotension," Cannesson said. "The statistical association between these features and the occurrence of hypotension is fascinating because we can potentially reverse engineer this statistical association and augment our understanding of this complex physiological phenomenon."

The researchers built and validated the predictive algorithm. One data set consisted of 1,334 patient records with 545,959 minutes of arterial pressure waveform recordings, including 25,461 cases of hypotension. The other data set included 33,236 minutes of arterial pressure waveform recordings and 1,923 hypotension episodes from 204 sets of patient records.

The scientists extracted 3,022 individual features from the arterial pressure waveforms.

Health News // 58 minutes ago
CDC: More than 40% of U.S. adults are obese
Feb. 26 (UPI) -- More than 40 percent of American adults are obese, according to data released by the U.S. Centers for Disease Control and Prevention's National Center for Health Statistics on Thursday. 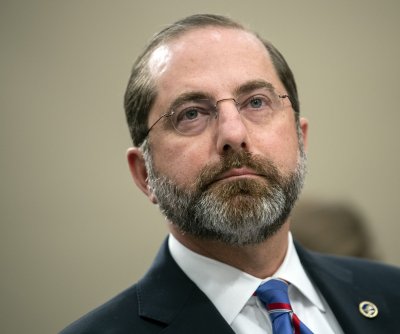 Health News // 13 hours ago
Congress questions HHS chief Alex Azar on COVID-19 'confusion'
Feb. 26 (UPI) -- In separate budget hearings before two congressional committees, Azar told members of Congress that the spread of the novel coronavirus is contained at the moment -- comments that seem to contradict the CDC. 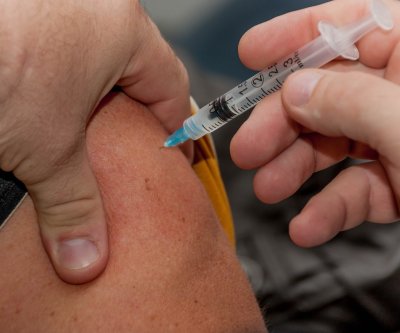 Health News // 8 hours ago
Adult boosters for tetanus, diphtheria may be unnecessary
Countering a U.S. government advisory, a new study suggests that adults may not need regular booster shots for tetanus and diphtheria if they received a complete vaccination series as children.

Health News // 10 hours ago
Sugary sodas linked to risk factors for heart disease, stroke
Sugar-sweetened drinks can play havoc with your cholesterol and triglyceride levels, which increases your risk for heart disease and stroke, a new study finds.

Health News // 16 hours ago
Phone-, tablet-related injuries common, avoidable, experts say
Here's a good reason to put your electronic devices down whenever you can: Experts say that using them incorrectly or too often can put you at risk for a range of injuries.

Health News // 22 hours ago
Poor sleep, bad diet combo linked to heart disease
It's a dangerous equation: Poor sleep triggers a bad diet, and the two can equal a higher risk for obesity and heart disease in women, a new study contends.