Researchers report that an analysis of medical records for more than 15,000 childhood cancer survivors reveals that exercise can significantly lower their risk of death. Photo by Air Images/Shutterstock

June 4 (UPI) -- Vigorous exercise has been linked to a lower risk of death in adult survivors of childhood cancer, according to a study.

Researchers at Memorial Sloan Kettering Cancer Center and several other hospitals in the U.S., Canada and Norway studied data on 15,450 adult cancer survivors, finding vigorous exercise in early adulthood over the course of eight years lowered their risk of death.

Data on the patients, who were diagnosed before age 21 at one of 27 pediatric tertiary hospitals between 1970 and 1999 and followed up with through 2013, was collected as part of the Childhood Cancer Survivor Study.

Findings from the new study were published Sunday in the Journal of the American Medical Association Oncology.

Healthy lifestyle behaviors that include regular exercise have been associated with substantial reductions in mortality, but it wasn't known whether that applies to adult survivors of childhood cancer.

Participants, who had a median age of 25.9 years, self-reported vigorous exercise in metabolic equivalent task hours per week.

During the median followup of 9.6 years, there were 1,063 deaths among the more than 15,000 participants, including 811 health-related, 120 recurrent or progressing cases of primary cancer and 132 external or unknown causes.

Exercising survivors were younger at cancer diagnosis, more likely to be nonsmokers and had a lower prevalence of cardiovascular risk factors and grade 3 to 4 chronic conditions.

Increased exercise over eight years was associated with a 40 percent reduction in all types of deaths compared with low exercise.

"Our findings indicate that regular vigorous exercise, as well as an increase in exercise, is associated with significant reductions in the risk of mortality in adult survivors of childhood cancer," the researchers wrote. "These findings may be of importance for the large and rapidly growing global population of adult survivors of childhood cancer at substantially higher risk of mortality due to multiple competing risks." 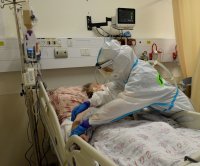 Health News // 3 hours ago
Study: Even with mild COVID-19, obesity may mean worse symptoms
Obese people have a tougher time fighting COVID-19, even if they have a milder form of the virus, a new study finds.

Health News // 4 hours ago
Onions from Mexico linked to salmonella outbreak in 37 states
Oct. 21 (UPI) -- The CDC is urging Americans to "throw away any unlabeled unions" from Mexico as officials investigate an outbreak of salmonella linked to the Mexican-imported vegetable that has sickened hundreds. 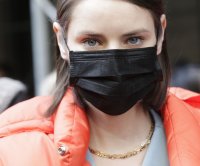 Health News // 5 hours ago
Little change in U.S. use of mental health services early in COVID-19 pandemic
It would make sense that there would be a jump in the number of people seeking treatment for mental health issues, but the percentage of U.S. adults doing so increased from 19.2% in 2019 to just 20.3% in 2020.

Health News // 18 hours ago
Cigarette sales jumped during COVID-19 pandemic, study says
As COVID-19 has surged throughout the United States for the past year and a half, some may have picked up an old bad habit or started a new one.

Health News // 19 hours ago
Health benefits of nuts may boost survival, limit recurrence in breast cancer
Oct. 20 (UPI) -- Regular consumption of peanuts, walnuts and other nuts boosts survival and reduces risk for disease recurrence in people with breast cancer, a study published Wednesday by the International Journal of Cancer found.

Health News // 19 hours ago
Most teens with depression, substance use issues don't get simultaneous care
Oct. 20 (UPI) -- Fewer than 5% of teens in the United States suffering from major depression and substance use disorders receive treatment simultaneously for the conditions, a study published Wednesday by JAMA Network Open found. 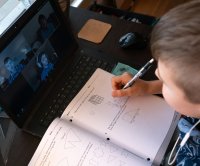 Health News // 21 hours ago
Poll: U.S. parents worried kids fell behind in school during pandemic
It is a fear that millions of parents have been harboring since the pandemic began: Will their children fall behind in school due to disruptions caused by lockdowns, closings and social distancing?