Researchers at Stanford report they have developed a synthetic form of surfactant -- the substance inside lungs that allows mammals to breathe -- that could prove as effective as natural forms taken from cows and pigs.

May 1 (UPI) -- A synthetic protein has been developed that restored breathing capacity to rats' injured lungs, which may lead to potentially better and cheaper treatment for humans, according to a study.

Stanford University researchers have synthesized a protein that mimics an essential part of a thin film that coats lungs' inner surface called surfactant. The findings were published Tuesday in the journal Scientific Reports.

Surfactant lowers tension in the inner surface of the lung, reducing the amount of force needed to breathe. While a small amount is needed for an infant's lungs, much more is needed for adult lungs, which have a surface area about 20 times bigger than those of a baby -- roughly comparable to the size of a tennis court.

Aside from babies born without the substance, surfactant dysfunction can come from severe lung infections, including bacterial and viral pneumonia; lungs collapsing from impacts, such as a car accident; inhalation of water in near drownings; and foreign materials' aspiration in a drug overdose.

RELATED Positioning during cancer radiation may be key to heart risks

"People who wind up on ventilation in intensive-care units are intubated," Annelise Barron, an associate professor of bioengineering at Stanford, said in a press release. "A breathing tube is inserted into their nose and threaded down to their lungs. If that intubation lasts for more than three days, their chance of acquiring a lung infection rises to 100 percent."

Barron, a member of Stanford Bio-X and the Stanford Cancer Institute, has been working on workable synthetic substitutes for two decades. Her new procedure, tested with 32 rats, outperformed a costly natural counterpart.

"Lung surfactant is endowed with amazing biological properties," Barron said. "The key to this is the presence, in the surfactant, of two special proteins whose structures uniquely enable them to cut surface tension."

Yet, those properties make these proteins difficult to synthesize and purify. They also are relatively unstable in solution, which increases the price because of limited shelf-life.

"One of them contains the most hydrophobic, or fat-resembling, stretch of chemical constituents of all known human proteins," Barron said. "It's really hard to work with because that fatty stretch makes it tend to clump up, ruining its activity."

Standard methods for obtaining functional surfactant include rinsing it from cattle's lungs or chemically extracting it from those of pigs.

"You get only a tiny amount per animal," Barron said. "And whatever you've collected, you have to purify very carefully, as the material is so fragile you can't treat it with high heat to kill microbial pathogens."

Previous synthetic proteins contained water-based fatty lipids along with short protein snippets, but they were not quite as effective as animal-derived surfactant.

The Stanford researchers' polymers, which are called peptoids, mimic portions of the two important proteins, surfactant proteins B and C. The mimics -- which she called pB and pC -- are extremely resistant to breakdown by heat or naturally-occurring bodily enzymes called proteases.

Researchers administered different surfactant candidates to the rodents, and the synthetic protein called pC produced a "shocking result," according to Barron.

It was superior to the animal-derived surfactant in oxygenating blood -- lungs' main purpose -- as well as being superior to a control solution. And the cost was one-quarter to one-third of surfactant from animals and other synthetics, she said.

"This opens up new frontiers," Barron said. "Our relatively simple synthetic mimic of a very complex material will have a much longer shelf life and can be made in large amounts at reasonable prices."

Barron said she sees potential benefit for both adults and premature babies, with the hope right now being a clinical trial of the synthetic in adults undergoing treatment in intensive care units who have been intubated and could benefit from surfactant replacement.

Health News // 20 hours ago
Plasma transfusion shows promise for COVID-19 treatment, says China study
March 27 (UPI) -- Donor blood plasma from people who have recovered from COVID-19 appears to work as a treatment for the virus, a new analysis has revealed.

Health News // 20 hours ago
AI may not be better than experts at reading medical scans
A new study casts doubt on claims that artificial intelligence (AI) equals or surpasses the ability of human experts to interpret medical images. 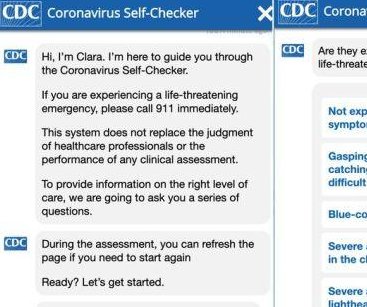 Health News // 21 hours ago
CDC launches online COVID-19 symptom checker
The U.S. Centers for Disease Control and Prevention has posted a new coronavirus self-checker on its website that might ease your mind and steer you toward any medical help you might need.

Health News // 21 hours ago
Increased steps linked to lower blood pressure, study suggests
If you have high blood pressure, you can take steps to lower it by walking more every day, new research suggests.

Health News // 21 hours ago
Too little sleep increases kids' risk for mental health conditions
Kids who don't get enough sleep may be at risk for ADHD, anxiety, depression and other mental health problems, researchers report.