Dual thermal ablation may be effective treatment for pancreatic cancer

Researchers say the process of heating and then freezing pancreatic cancer cells could help researchers reach cells that remain after chemotherapy and radiation.

Feb. 26 (UPI) -- Scientists have developed a way to kill more cancerous cells in the pancreas through a heating and freezing process.

The researchers at Binghamton University in New York had success killing the tumors through a process known as dual thermal ablation, according to a study published this month in Liver and Pancreatic Sciences.

Cancer in the pancreas, which is located behind the stomach, starts when cells start to grow out of control.

"How do we solve the problem of pancreatic cancer when it comes to trying to get rid of the tumor, when chemo and radiation just simply doesn't work?" Robert Van Buskirk, a professor of biological sciences and director at Binghamton University's Institute of Biomedical Technology, said in a news release Monday. "The whole idea is, can one come up with a different surgical intervention that's less invasive and more effective?"

They wanted to know whether freezing and heat in combination is more effective than alone. When pancreatic cancer cells are frozen, in cryoablation, a lot of them die, but some will survive and regrow, the researchers said. But if you heat them, they'll also die and come back.

"What we've observed is that we are able to achieve complete cell death using a combination of heating and then freezing at temperatures that alone would not be lethal to kill pancreatic cancer cells," said Kenneth Baumann, a graduate student studying biology.

"When cells are disturbed -- which means they are frozen or they see heat -- various cell stress pathways are activated," Van Buskirk said. "The interesting thing about cells, especially cancer cells, is that they will activate pathways to protect themselves. The objective of this line of molecular-based research is to find out which stress pathways are activated in pancreatic cancer cells so that we can better understand why dual-thermal ablation appears to be more effective."

In addition to working to make the treatment method more effective, the researchers are also working on better ways of delivering ablative therapy, including new catheter technologies allowing for better targeting.

"If a very thin catheter can be developed to target the tumor, and if we understand how pancreatic cancer responds to ablation at the molecular level, then we may be able to develop a new therapy to approach something that has been completely unapproachable, the targeted killing of a tumor in a very difficult place: the pancreas," said Van Buskirk.

Health News // 42 minutes ago
Children at low risk for COVID-19, but can get seriously ill, new data shows
April 8 (UPI) -- Children seem to be at lower risk for catching COVID-19, but they still can becomet seriously ill, a new study from Spain has found. The findings mirror similar data on American children released by the CDC. 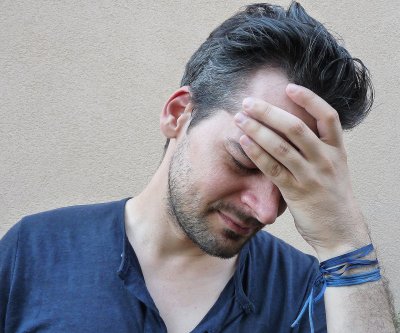 Health News // 1 hour ago
'Media overload' can raise anxiety during coronavirus crisis
If you feel like the news about coronavirus is growing worse by the hour, then it might be time to take stock: How much do you really need to know?

Health News // 11 hours ago
Testing shortages complicate decisions on COVID-19 recovery
April 8 (UPI) -- Shortages in testing kits for COVID-19 have not only led to confusion about who has the virus, but who has recovered from it, experts say.

Health News // 15 hours ago
Uber, Lyft linked to increase in car crashes
Uber and Lyft are a convenient way to get around town and get home after a night of bar-hopping, but crashes involving cars and pedestrians haven't decreased, a new study finds.

Health News // 18 hours ago
Cloth mask can reduce COVID-19 spread if worn correctly
A cloth mask can help reduce the spread of COVID-19, but there's a right way and a wrong way to wear one. 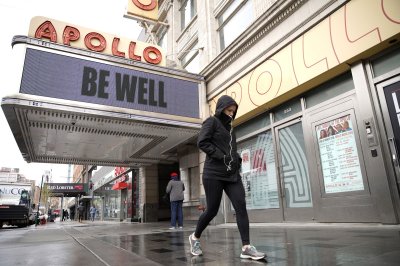