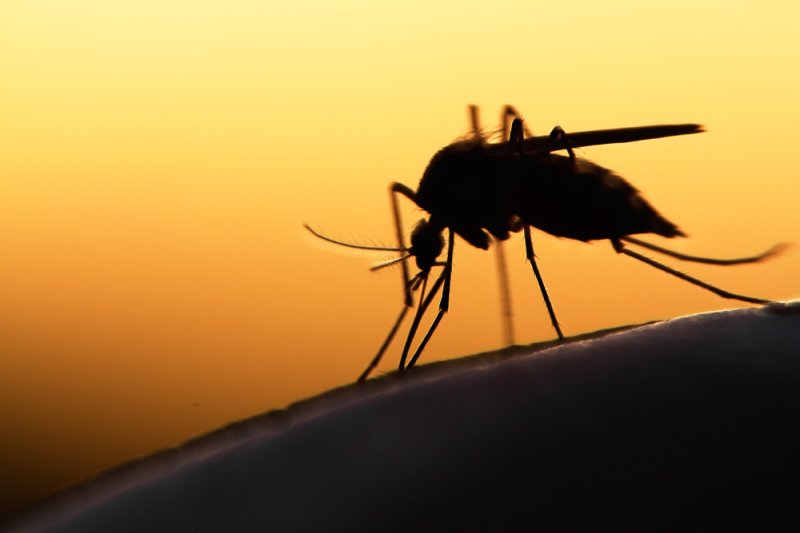 Researchers developing a saliva test to quickly identify diagnostic markers of the Zika virus, which is spread by mosquitoes. Photo by mycteria-shutterstock

Feb. 23 (UPI) -- A saliva test to quickly identify diagnostic markers of the Zika virus is being developed by researchers at New York University.

The test, which produces results much quicker than current commercial blood tests, was adapted from an existing model developed by NYU's College of Dentistry in collaboration with Rheonix, Inc., a molecular testing company in New York.

The findings were described in studies published in PLOS ONE and the Journal of Visualized Experiments.

"The recent Zika virus outbreak confirms that we need an effective surveillance and diagnostic program to reduce the impact of future emerging infectious diseases," said Dr. Maite Sabalza, author on both studies and a postdoctoral associate at the Department of Basic Science and Craniofacial Biology at NYU Dentistry in a press release.

Zika is spread primarily by infected mosquitoes and can be passed from a pregnant woman to her fetus. It mainly was prevalent in Africa, Southeast Asia and the Pacific Islands before 2015. The Centers for Disease Control and Prevention reported increased reports of birth defects and Guillain-Barré syndrome in areas affected by Zika in early 2016.

Because mosquitoes are cold-blooded creatures, they generally do not bite in temperatures below 50 degrees Fahrenheit, according to the Connecticut Management Program. That means mosquito season will start to gear up in southern states such as Florida soon, before moving northward as the weather warms in the United States.

In conventional testing, blood samples are most often used to test for Zika virus. One step detects a pathogen's nucleic acids, RNA or DNA, and another another detects antibodies, which are proteins the immune system produces in response to pathogens.

The virus disappears in the blood a week or two after a person is infected but it can also persist longer in saliva, semen and urine. Antibodies can remain for months or years in those bodily fluids.

NYU Dentistry researchers used samples from the Wadsworth Center of the New York State Department of Health in previous research.

"The sooner you can identify a pathogen, the sooner steps can be taken to treat and isolate people. During an epidemic, you could test people before they get on a plane," said Dr. Daniel Malamud, a professor of basic science at NYU Dentistry. "The future of going through security at the airport may not be taking off your shoes, but instead spitting into a tube."

NYU researchers originally worked with Rheonix to develop a rapid saliva test for HIV that can detect viral RNA and antibodies.

For Zika, they altered the test by using a portable isothermal amplification device, adapting the test to the Rheonix Card cartridge and workstation.

"In addition to being able to react very quickly to any newly emerging or re-emerging infectious disease, our fully automated testing platform requires virtually no hands-on efforts and is well suited for use by individuals with minimal training," said Dr. Richard Montagna, Rheonix's senior vice president for Scientific & Clinical Affairs.

The papers didn't specify when the tests would be available for commercial use.