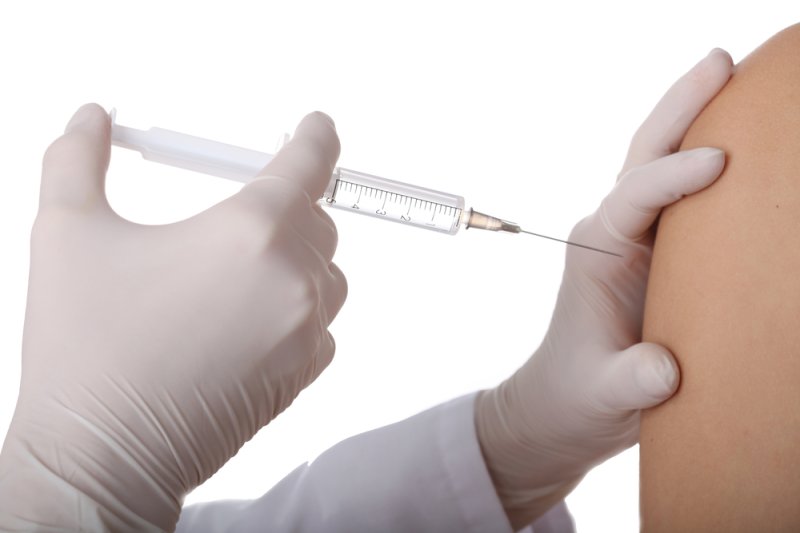 In an already brutal flu season, the CDC is now saying the current version of the vaccine is only 25 percent effective against the dominant strain this year. Photo by Photographee.eu/Shutterstock

THURSDAY, Feb. 15, 2018 -- Flu continues to ravage the United States in one of the worst flu seasons in recent years. And the ineffectiveness of this year's flu vaccine is partly to blame.

According to a new report from the U.S. Centers for Disease Control and Prevention, the vaccine is only 25 percent effective against H3N2 influenza, which is causing most flu cases this year.

Among children 6 months through 8 years old, however, the vaccine's effectiveness is 59 percent, the agency reported.

Despite the poor match of the vaccine to the most common strain of flu, the CDC is still urging people who haven't gotten a flu shot to get one, because the vaccine is more effective against other types of flu.

The flu shot's overall effectiveness against all strains was pegged at 36 percent, the CDC said.

But Dr. Daniel Jernigan, director of the agency's influenza division, stressed earlier this month that getting the flu shot is still worthwhile, especially for kids.

RELATED A century after 1918 flu pandemic, experts say it could happen again

"For this season, only 20 percent [of children who died from the flu] have been vaccinated, and half of these children were otherwise healthy," he said. The deaths were associated with H3N2, H1N1 and influenza B strains -- "all of the different types of influenza are causing these deaths," Jernigan noted.

The CDC recommends that everyone aged 6 months and older get a flu shot. The flu season probably won't start winding down anytime soon, the agency explained.

The CDC researchers estimated that flu vaccine has cut the risk of flu by about one-third among those vaccinated.

In the United States, levels of influenza-like illness are as high as seen at the peak of the 2009 H1N1 pandemic, according to the report.

This year, middle-aged people are being stricken at nearly twice the rate seen in 2014-2015, although health officials aren't sure why. The flu usually is hardest on the very young and the very old.

Over the past five years, the flu season has lasted 11 to 20 weeks, but this is only week 12, and flu activity is still increasing.

As of Feb. 3, the CDC's surveillance report noted that 48 states continued to experience widespread flu activity. In two states -- Oregon and Hawaii -- flu is occurring at a more limited regional level, rather than statewide.

Pediatric flu deaths are rising, too, with 63 children now dead from the flu so far this season, according to the CDC.

Doctor visits also are up. The CDC says that 7.7 percent of patient visits were related to flu-like illness during the week ending Feb. 3, up from 7.2 percent of visits the previous week.

Some people who get vaccinated will still get sick with flu, but may have milder cases. The CDC advises that people who are very sick or who are at high risk for serious flu complications should get antiviral medications as soon as flu symptoms appear.

The CDC's flu vaccine update was published in the agency's Feb. 16 issue of the Morbidity and Mortality Weekly Report.

The U.S. Centers for Disease Control and Prevention has more about the flu.

Health News // 1 hour ago
Hormone shot kisspeptin may improve low libido
If you are one of the millions of people distressed by low libido, help may be on the way in the form of a new hormone shot.

Health News // 10 hours ago
Study estimates 622 excess deaths among doctors during the pandemic
Many of America's doctors who were heroes on the frontlines of the pandemic paid the ultimate price for their efforts, a new analysis shows.