Melanoma rates increasing for boomers, but falling among young

Baby boomers who baked themselves in baby oil during their youth are now paying the price as they age, with more than 70 percent of melanoma cases now being diagnosed in those over 55. 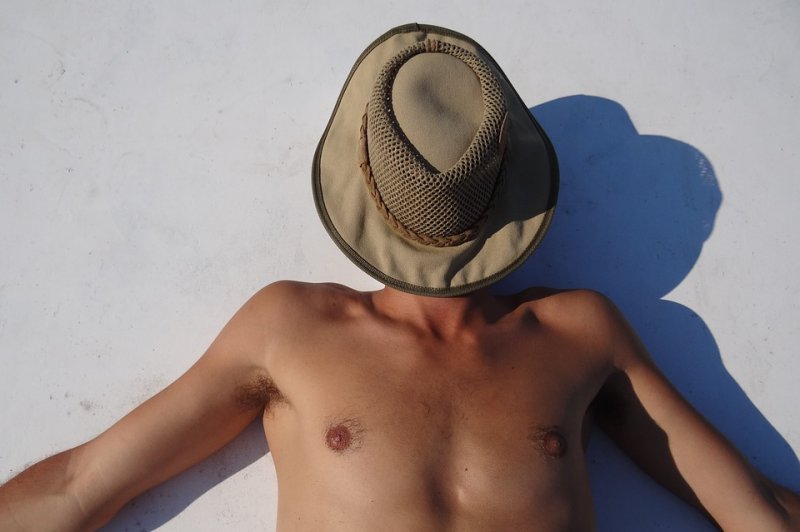 New research suggests that educating younger people about the dangers of sunburns and tanning, and restricting youth access to tanning salons, is helping to push the melanoma rate down among people under age 44. Photo courtesy of Max Pixel

TUESDAY, Feb. 6, 2018 -- It looks like public health efforts to warn younger Americans about the dangers of tanning beds and sun exposure are paying off.

Rates of the deadly skin cancer known as melanoma have dropped among Americans aged 15 to 44, a new report from the U.S. Centers for Disease Control and Prevention shows.

Unfortunately, baby boomers who baked themselves in baby oil during their youth are now paying the price as they age, with more than 70 percent of melanoma cases now being diagnosed in those over 55.

Dr. Doris Day, a dermatologist at Lenox Hill Hospital in New York City, said the warnings about the dangers of ultraviolet, or UV, ray exposure are working.

"The study shows that melanoma is decreasing slightly among younger adults, which is an indication that our efforts to ban indoor tanning among minors, and educate children and teens about the dangers of sunburns and tanning is having an impact," she said.

If this trend continues, then cases of melanoma should eventually decline in all age groups, Day added.

"I would hope and expect that as this data is collected over decades, we will also see the older population have a corresponding decrease in melanoma rates as we see their exposure to UV rays decrease in their early years," she said.

Melanoma is the third most common type of skin cancer, said the study's lead researcher, Dawn Holman, a behavioral scientist in the CDC's Division of Cancer Prevention and Control. Each year, more than 70,000 people in the United States are diagnosed with it, and more than 9,000 die from it, the report noted.

"Melanoma is often caused by overexposure to UV rays from the sun or artificial sources like tanning beds," Holman said.

The steady increase in melanoma rates among older adults indicates a need to continue promoting sun safety throughout adulthood, she added.

For the study, the investigators used data from the CDC's National Program of Cancer Registries and the U.S. National Cancer Institute's Surveillance, Epidemiology and End Results Program.

The researchers found that the rate of melanoma increased significantly between January 2005 and December 2014 among all white adults.

However, when broken down by age groups, melanoma rates decreased among whites aged 15 to 44, Holman said. "We observed similar patterns when examining trends among men and women separately," she added.

People of all ages can benefit from protecting their skin, Holman said.

"Plan ahead and make sun protection part of your routine. When spending time outdoors, wear protective clothing, apply sunscreen on exposed skin and seek shade, especially during midday when the sun is most intense," she suggested.

This combined approach works better than relying on sunscreen alone, she added.

The report was published online Jan. 31 in the journal JAMA Dermatology.

For more on melanoma, visit the American Cancer Society.

Health News // 8 hours ago
Mega-study: Omega-3s, folic acid, CoQ10 benefit heart, but beware of beta carotene
Dec. 5 (UPI) -- Instead of singling out vitamins and minerals that may help heart health, researchers hope their comprehensive review of many studies will pave the way for clinical trials to identify the best mix of micronutrients.

Health News // 10 hours ago
Epilepsy seizures may lead to more seizures
Seizures tend to get progressively worse over time in people with epilepsy, and a new study in mice suggests why that might be the case.

Health News // 20 hours ago
Hearing loss treatment moves forward despite early disappointment
NEW YORK, Dec. 5 (UPI) -- An innovative approach to treating hearing loss might be closer to reaching the market after a setback in the approval process, researchers behind the technology at Frequency Therapeutics told UPI.

Health News // 20 hours ago
Cost of epilepsy drugs soars
Costs for epilepsy medications in the United States are skyrocketing, outpacing inflation and straining federal insurers Medicare and Medicaid, according to new research.