"We found a way to get the body to reject cancer by putting stimulants of the immune system directly into the cancer," said Dr. Ronald Levy, a researcher at Stanford Cancer Institute.

A new study in mice suggests it's possible: A shot containing two compounds that stimulate the immune system was injected directly into tumors and killed those cancer cells.

Not only that, it also destroyed rogue cells from the tumors that had already traveled to other sites in the rodents' bodies, researchers reported.

How did the researchers accomplish the feat?

"We found a way to get the body to reject cancer by putting stimulants of the immune system directly into the cancer," said study author Dr. Ronald Levy, director of the lymphoma program at the Stanford Cancer Institute in California.

"The immune system can recognize cancer and kill it, but the cancer is inhibiting the immune cells. If we stimulate the immune cells, we can get them to do their job at the tumor and do the job elsewhere," he said.

So will this approach work in humans?

Levy said he has no reason to believe it wouldn't. And because the treatment is injected directly into the tumor in very small doses, side effects would likely be minimal.

"This study had excellent results. The mice had substantial responses, and the mice lived longer. But it's important to remember that it's a mouse study. Lab studies in animals don't always translate to people," said Lichtenfeld, who had no part in the study.

He noted it's a good sign that both agents used in the new treatment are already being tested in people.

Levy and his colleagues explained that as cancer begins to develop, the immune system recognizes cancer cells as foreign invaders and sends cells to attack and destroy the invader. Specifically, T-cells often infiltrate and attack cancer cells.

But as the tumor grows, the cancer cells may come up with ways to suppress the activity of the T-cells, according to the researchers. This allows cancers to grow at the original site, and to release cells that allow cancer to spread to other parts of the body.

The two agents used in the experimental vaccine act on the immune system in different ways, according to Levy. One makes immune system cells work better and prompts them to call in reinforcements, while the other triggers the immune cells to multiply and migrate.

By injecting the two immune-stimulating agents directly into the tumor, the treatment only boosts immune cells that have learned to fight against that particular cancer. So when the immune cells leave the tumor, they only seek out cells from that specific cancer, Levy said.

So far, the researchers were able to eliminate four types of cancer in the mouse study. In the majority of those cases, one treatment was enough to eliminate the cancer.

The researchers expect to start a small human trial including 15 people with lymphoma soon.

Levy said he imagines that this treatment would be one tool against cancer, and that it would likely be combined with other treatments to overwhelm the disease. He noted that when treatments such as surgery and radiation are combined, some cancers can already be treated successfully.

Lichtenfeld pointed out that there are still a lot of unknowns about this treatment: Will it work on everyone? How many cancers might be impacted? Does it have the potential to overstimulate the immune system?

The bottom line, he said, is that this is an interesting, and certainly important, study, but further research is needed.

The study was published Jan. 31 in the journal Science Translational Medicine.

Learn more about immunotherapy for cancer treatment from the American Cancer Society. 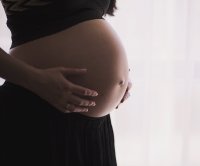 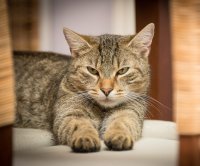