Roughly 79 million Americans are infected with the human papillomavirus.

Oct. 19 (UPI) -- Although most human papillomavirus prevention efforts are targeted toward adolescents, a new study found that the HPV vaccine is safe for adult women.

While the U.S. Food and Drug Administration originally approved Gardasil, a vaccine against HPV, in 2006 for use with pre-teen and teen girls, and later added approvals for boys, more adult women are opting for vaccination and the safety of the vaccine in adults has not been the subject of many trials.

HPV causes genital warts, which can lead to cancer of the vulva, vagina, penis, anus and cervical cancer in women. According to the Centers for Disease Control and Prevention, more than 11,000 women are diagnosed with cervical cancer each year in the United States, so preventing HPV in adult women is a major priority for healthcare professionals.

Nearly 14 million people become infected with HPV each year, meaning most sexually-active men and women will develop at least one type of HPV in their lifetime.

RELATED HPV vaccine may even protect women who never received it: Study

There are more than 100 types of HPV but just 13 have been linked to cancer -- and HPV 16 and 18 have been shown to lead to 70 percent of cervical cancers. Gardasil protects against HPV 6 and 11, and both Gardasil and another vaccine, Cervarix, are effective at preventing infection from HPV 16 and 18.

A 2014 study found that women in Australia age 27 to 45 had limited vaccine coverage due to barriers such as cost, time constraints and the three-dose schedule required.

RELATED CDC: Nearly half of U.S. adults are infected with HPV

The study, published Wednesday in the Journal of Internal Medicine, investigated the effect of the HPV vaccine in more than 3 million adult women age 18 to 44 in Denmark and Sweden.

Researchers aimed to find any association between the HPV vaccine in women and 44 chronic diseases, which the team narrowed down to seven, including Hashimoto's thyroiditis, celiac disease, localized lupus erythematosus, pemphigus vulgaris, Addison's disease, Raynaud's disease and other encephalitis, myelitis or encephalomyelitis.

The study found no adverse association between the HPV vaccine in adult women and these diseases, except for an increased risk of developing celiac disease in women of Danish decent.

Researchers say, though, that celiac disease is significantly underdiagnosed in the general population in Denmark and the increase could also be due to undiagnosed pre-existing conditions.

"This is the most comprehensive study of HPV vaccination safety in adult women to date. It is not unreasonable to expect different safety concerns in adult women compared with young girls, and our study is an important supplement to the safety studies in young girls," Dr. Anders Hviid, of the Statens Serum Institut, in Denmark, said in a press release. 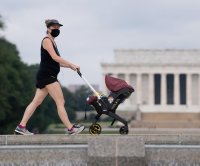