Oct. 17 (UPI) -- A study by The Scripps Research Institute in Florida shows how a new compound can suppress production of HIV and prevent viral rebound.

The findings could completely change the approach researchers have used in the search for a cure for the human immunodeficiency virus.

"No other anti-retroviral used in the clinic today is able to completely suppress viral production in infected cells in vivo," Susana Valente, TSRI associate professor, said in a press release. "When combining this drug with the standard cocktail of anti-retrovirals used to suppress infection in humanized mouse models of HIV-1 infection, our study found a drastic reduction in virus RNA present--it is really the proof-of-concept for a 'functional cure.'"

The study, published today in Cell Reports, describes the Block-and-Lock approach, which blocks reactivation of HIV in cells. It locks HIV into a durable state of latency even during interruptions in treatment.

Researchers used a derivative of the compound didehydroCortistatin A, or dCA, to block replication in HIV-infected cells. dCA does this by inhibiting the viral transcriptional activator Tat, which halts viral production, reactivation and replenishment of the latent viral reservoir.

"Combining dCA with anti-retroviral therapy accelerates HIV-1 suppression and prevents viral rebound after treatment interruption, even during strong cellular activation," Valente said. "It's important to note that our study uses the maximum tolerable dose of the drug--with virtually no side effects."

The team analyzed the combination therapy in a mouse model and found that once the treatment regimen was stopped, viral rebound was delayed up to 19 days compared to seven days with just anti-retroviral treatment.

"This demonstrates the potential of 'block-and-lock' strategies," Cari F. Kessing, TSRI research associate, said. "This study shows that a 'functional cure' approach can succeed in reducing residual virus in the blood during anti-retroviral treatment and limiting viral rebound during treatment interruption." 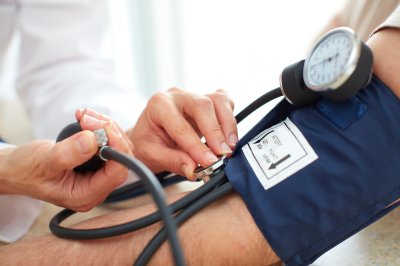