Prenatal alcohol exposure is known to cause neuronal disorders, birth defects and stunted growth in the fetus. 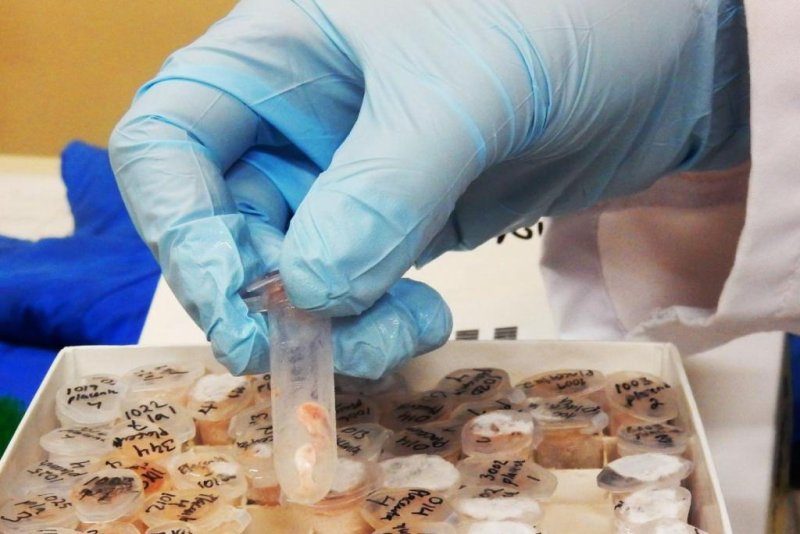 Oct. 5 (UPI) -- Researchers at the University of Helsinki have identified a genetic factor associated with damage caused by the consumption of alcohol during pregnancy.

Researchers report in a new study, published today in Human Reproduction Open, that alcohol changes the molecules that bind to DNA, or epigenetic marks, on the placenta and the head size of the newborn, depending on the genetic variation inherited from the parents.

Globally, about 119,000 children are born with fetal alcohol syndrome, or FAS, each year.

The researchers examined 39 alcohol-exposed and 100 control placentas from mothers who gave birth in the Helsinki University Hospital, focusing on two-genes -- insulin-like growth hormone 2, or IGF2, and H19, which regulate the growth of the embryo and placenta.

"We divided all our samples in four groups according to the inherited genetic variations. We observed that there were different quantities of epigenetic marks in the groups of alcohol-exposed placentas compared with controls," Nina Kaminen-Ahola, adjunct professor and head of the research team at the University of Helsinki, said in a press release.

"This finding led us to explore if there are changes in the gene expression and newborns' birth measurements that would associate with the variation. We observed that expression of the negative growth controller H19 was significantly increased compared to expression of the growth supporter IGF2 in certain variant groups of the alcohol-exposed placentas."

The study found that the head circumferences in newborns exposed to alcohol in utero varied depending on the genetic variations inherited from the parents.

"We do not know yet if this variation is connected with alcohol-induced neuronal disorders," Kaminen-Ahola said. "However, this could explain earlier study results concerning decreased correlation between HCs and brain size, as well as between HCs and cognitive skills among alcohol-exposed children. This suggests that alcohol causes damage in the brain in all genotypes, but this cannot be always seen in the head size."

Health News // 1 hour ago
Certain gut bacteria linked to lung vessel disease
A specific collection of gut bacteria may be a culprit in the development of pulmonary arterial hypertension, a new study shows.