Aug. 17 (UPI) -- A new study has identified a specific protein known as COUP-TFII that determines whether a mouse embryo develops a male reproductive system.

Researchers from the National Institutes of Health and Baylor College of Medicine in Houston analyzed how male and female mouse embryos gain their sex-specific reproductive systems. The findings challenge the long-standing belief that an embryo will automatically become female unless androgens, or male hormones within the embryo, make it male.

Every early-stage mammalian embryo contain structures for both male and female reproductive tracts, regardless of their sex at birth, and the reproductive tract of one sex is disintegrated so the resulting birth is the other sex.

The new findings, published today in Science, showed that female embryos actively promote the elimination of the male tract by activation of COUP-TFII.

The findings show that COUP-TFII has to be present to block the growth of male reproductive tracts, and that without COUP-TFII mice are born intersex with both male and female tracts.

The study could have implications for the study of disorders of sexual development, or DSD.

"Individuals with DSD may have developmental challenges due to the presence of intersex organ systems," said Kenneth Korach, head of the NIEHS Reproductive and Developmental Biology Laboratory. "With its highly novel approach and unexpected findings, Yao's research has important implications for understanding the potential causes of these conditions."

RELATED A plug instead of a snip for male birth control?

Health News // 6 hours ago
Measles complications affect every organ
Hepatitis, appendicitis and viral meningitis are among the serious complications that can occur when you get the measles, doctors warn in a new report.

Health News // 8 hours ago
'Couch potato' lifestyle a danger to women's hearts
Most folks know that being a couch potato is bad for their health, but new research suggests that women who spend hours in their chairs and sofas might face greater risks than believed.

Health News // 15 hours ago
Study: Fluoride good for teeth, but over-exposure may damage enamel
Feb. 18 (UPI) -- In a study, researchers report that while fluoride has benefits for teeth, over-exposure can damage the ability of enamel cells to take in and store calcium.

Health News // 17 hours ago
Blood pressure drug linked to cancer, other side effects
Patients taking a common diuretic to help lower blood pressure may be better off with a similarly effective but safer one, a new study suggests.

Health News // 18 hours ago
Insulin, asthma inhaler costs push some to Craigslist
A new study found that hundreds of ads were placed on Craigslist for insulin and asthma inhalers during a 12-day period in June 2019.

Health News // 21 hours ago
Late bedtimes in preschool increase risk for obesity, study suggests
Compared to kids with earlier bedtimes, researchers found in a recent study that young children who routinely got to sleep after 9 p.m. tended to gain more body fat between the ages of 2 and 6. 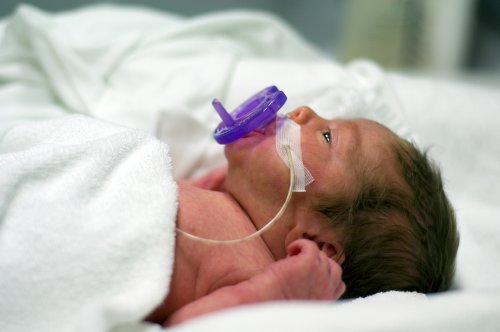 Health News // 23 hours ago
New findings may help premature babies breathe easier
Feb. 18 (UPI) -- Researchers have gained understanding of a complex biological process that stimulates production of alveolar in the lungs of babies -- without which, premature infants are more susceptible to microbial infections.