Findings show physical activity can influence brain metabolism and prevent the increase in a certain metabolite.

The study, published in the August edition of Nature, examined the effects of regular exercise on brain metabolism and memory in 60 participants age 65 to 85.

The participants were analyzed through the Sport and Metabolism in Older Persons, or SMART, study by assessing movement-related parameters, cardiopulmonary fitness and cognitive performance.

About half of the study participants were then assigned to either take part in 30-minute training on exercise bikes as part of a 12-week program, and were examined again after its completion.

The study revealed that physical activity did influence brain metabolism by preventing an increase in choline, a metabolite that rises as a result of an increased loss of nerve cells.

Researchers conclude that physical exercise not only improves physical fitness but may also protect cells.

Health News // 3 hours ago
COVID-19 may trigger heart condition in young athletes
A heart condition, myocarditis, has been found in a number of U.S. college athletes who have had COVID-19, a new study finds.

Health News // 5 hours ago
Study: More years playing football means more brain lesions on MRI
A new study suggests that brain scans can reliably spot signs of sports-inflicted neurological damage while a person is still alive, and the study showed that more lesions show up on scans the longer a person plays.

Health News // 17 hours ago
Scientists scramble to understand COVID-19 Omicron: What we know
Nov. 29 (UPI) -- Scientists around the world are scrambling to understand the new Omicron variant of COVID-19, identified last week -- its symptoms, severity and contagion. 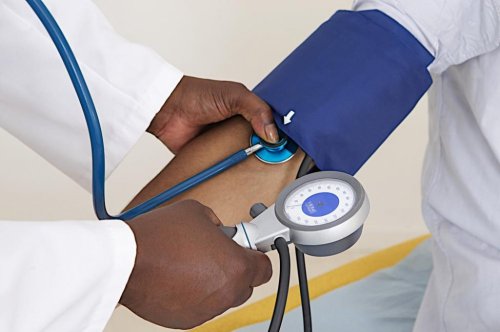 Health News // 15 hours ago
People with high blood pressure could be taking other meds that worsen it
Nearly 1 in 5 people with hypertension may be unintentionally taking a drug for another condition that causes their blood pressure to climb even higher, a new study suggests.