Researchers cure diabetes in mice without side effects

A new technique, developed at the University of Texas, increases the type of cells in the pancreas that make insulin. Researchers hope to begin human trials in the next three years. 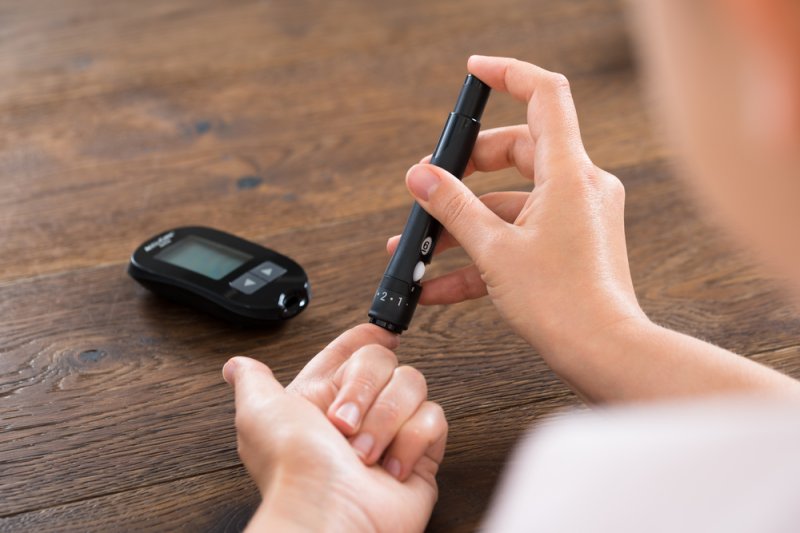 Researchers at the University of Texas Health San Antonio have cured diabetes in laboratory mice. Photo by Andrey_Popov/Shutterstock

May 5 (UPI) -- Researchers at the University of Texas Health San Antonio report they have essentially cured type 1 diabetes in laboratory mice by using gene transfer.

The discovery increases the types of pancreatic cells that secrete insulin, which represents a potential cure for type 1 diabetes and could end insulin dependence in type 2 diabetes.

Researchers at UT Health San Antonio received a U.S. patent in January on the technique and plan to begin commercialization in the future.

RELATED CDC: Diagnoses of type 1, 2 diabetes up sharply among youth

The technique, known as gene transfer, involves using a virus as a vector to carry selected genes into the pancreas, which then are incorporated and cause digestive system and other cell types to make insulin.

Gene transfer using a viral vector is a process that has been approved for use by the U.S. Food and Drug Administration, or FDA, to treat various diseases.

"The pancreas has many other cell types besides beta cells, and our approach is to alter these cells so that they start to secrete insulin, but only in response to glucose [sugar]," Dr. Ralph DeFronzo, professor of medicine and chief of the Division of Diabetes at UT Health, said in a press release. "This is basically just like beta cells."

In type 1 diabetes, the body rejects beta cells, however, other cell populations in the pancreas co-exist with the body's immune defenses.

"If a type 1 diabetic has been living with these cells for 30, 40 or 50 years, and all we're getting them to do is secrete insulin, we expect there to be no adverse immune response," DeFronzo said.

The process precisely regulates blood sugar in experiments on mice, which is a major advance over traditional insulin therapy and some diabetes medications that drop blood sugar too low when not monitored closely.

"It worked perfectly," said Dr. Bruno Doiron, a researcher at UT Health San Antonio. "We cured mice for one year without any side effects. That's never been seen. But it's a mouse model, so caution is needed. We want to bring this to large animals that are closer to humans in physiology of the endocrine system."

Researchers hope to get to the human clinical trial phase in three years.

The study was published in Current Pharmaceutical Biotechnology.

Health News // 16 hours ago
COVID-19 could make Guillain-Barre more likely for those at risk
Sept. 24 (UPI) -- People with COVID-19 may be at increased risk for developing Guillain-Barre syndrome, a study published Friday by the journal Brain found.