Evatar, a synthetic version of a female reproductive system, uses cells that live for 28 days and may allow scientists to test drug treatments tailored to a specific patient.

March 28 (UPI) -- Researchers at Northwestern University created a synthetic version of the female reproductive system that can be used to test drug therapies.

The system is shaped like a cube and consists of a series of small tubes, each containing cells from a different part of the female reproductive system, including the uterus, cervix, vagina, fallopian tubes and liver.

The system is called Evatar, like avatar but with an E for Eve, because it reproduces the female reproductive tract and mimics the hormones of the full-size reproductive system.

The tiny tubes pump fluid that acts like blood to feed the various cells and help the mini-organs communicate with each other.

The Evatar, detailed in the journal Nature Communications, is capable of operating and keeping cells alive for a 28-day menstrual cycle. Evatar is one of the first complete human system that works inside a Petri dish, and scientists say it will allow them to study female reproductive conditions such as endometriosis or fibroid tumors.

"This is nothing short of a revolutionary technology," said Teresa Woodruff, a professor at Northwestern University and lead researcher of the study, because it may allow doctors or scientists to study an individual person's metabolism and tailor drug treatments to their specific condition -- let alone to more specifically design experiments and trials.

The researchers say the next step in the research is to determine how much longer the cells can live and work on a male version called the DudeCube, which reproduces the penis and testes.

Early menopause more likely in women without kids: Study Menopause and a decline in intimacy Blood test for endometriosis may be possible, researchers say Endometriosis linked to heart disease in study

Health News // 47 minutes ago
Study spots genetic mutations linked to rare heart disorder in pregnant women
April 20 (UPI) -- Genetics may explain why some younger women develop a heart ailment during pregnancy that is more typically found in middle-aged adults, according to a study published Tuesday by the journal Circulation.

Health News // 8 hours ago
Obesity increases odds for breast cancer return in survivors, study says
Most people know obesity can lead to diabetes or heart disease, but excess weight can play a role in cancer, too, researchers say.

Health News // 19 hours ago
Many AFib patients wrongly prescribed aspirin therapy, study finds
April 19 (UPI) -- More than one-third of people who have atrial fibrillation or blood clots are treated with both a blood-thinner and daily aspirin therapy, even when there is no clear need for the latter, a JAMA study found. 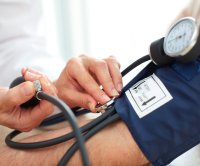 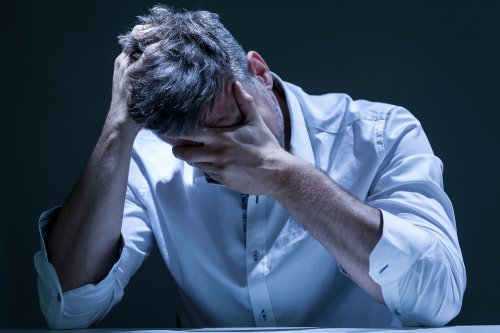 Health News // 23 hours ago
New treatment for ED after prostate surgery being developed, researchers say
April 19 (UPI) -- Men undergoing surgery for prostate cancer may no longer have to live with erectile dysfunction afterward, thanks to an innovative new treatment, researchers said in a paper published Monday by JCI Insight.

Health News // 1 day ago
Overlapping symptoms can cause confusion between COVID-19, allergies
Seasonal allergies are striking this year at the worst possible time, with the United States in the midst of a fourth wave of the global COVID-19 pandemic.

Health News // 1 day ago
Epidural during labor doesn't increase child's autism risk, study finds
April 19 (UPI) -- Babies born to women who use epidurals for pain during childbirth do not carry increased risk for autism, according to an analysis published Monday by JAMA Pediatrics. 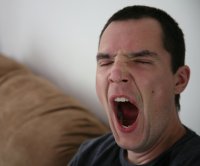