This means men who suffer a stroke are less likely to face long-term disability, since every minute counts when it comes to treatment with the clot-buster known as tissue plasminogen activator, or tPA, said lead researcher Dr. Archit Bhatt. He's a neurologist with the Providence Brain and Spine Institute in Portland, Ore.

To have any effect, tPA must be administered within 4.5 hours of the onset of stroke. The drug works by dissolving blood clots that have blocked the flow of blood to the brain, causing what's called an ischemic stroke.

Standard treatment protocols call for administration of tPA within 60 minutes of arrival at the hospital, but Bhatt and his colleagues decided to evaluate the chances of receiving "ultrafast" treatment within a half hour of arrival.

"Studies have shown that 60 minutes is good, but for every 15-minute reduction in treatment time, the patient's health outcomes improve," Bhatt said.

To evaluate how often ultrafast treatment is occurring, the researchers evaluated nearly 2,700 stroke patients treated at one of 26 hospitals in the Pacific Northwest between 2009 and 2015.

Only about 4 percent of patients had tPA treatment times under a half hour, Bhatt said.

Three factors appeared to make a difference in whether or not stroke patients received ultrafast treatment:

The advantages of arrival by ambulance are obvious, Bhatt said. Medics treating stroke patients are communicating with the hospital during the ambulance ride, making sure that resources and specialists are available by the time they hit the door.

"When you arrive by ambulance, the biggest advantage is that your assessment starts before you are even in the hospital," Bhatt said.

But the disparity between men and women proved to be a head-scratcher, Bhatt said.

Stroke patients must receive a brain scan before getting tPA, to make sure their stroke is caused by a blood clot, but women are undergoing these scans about as promptly at men, Bhatt said.

"We could not find a reason for the disparity," Bhatt said. "At least, there was nothing measurable in the database."

Daniel Lackland, a professor of neurology with the Medical University of South Carolina, said he believes there is a real disparity between men and women when it comes to quick stroke care.

Lackland suspects that wives might be better at detecting stroke symptoms in their husbands and pushing them to get prompt care.

"I think that may play a major role," Lackland said. "It's not the male stroke victim -- it's the others doing what they're supposed to do and bringing the man in for treatment."

The fact that women tend to suffer strokes later in life than men might be another factor, although it could not be assessed using the data available in this study, Bhatt said.

Women are also more likely to live alone, he said.

"If you are in the emergency department and you don't have anybody with you, it takes longer to identify the next of kin and try to get the history of the patient and why the patient is here," Bhatt said.

Steps could be taken to better prepare emergency response for older women living alone, Bhatt said. For example, these women could be provided better 911 alert systems that are easy to activate during a medical emergency.

"Calling an ambulance has to be a first priority when you are experiencing stroke-like symptoms," Bhatt said.

The study was scheduled to be presented Thursday at the International Stroke Conference in Houston. Findings presented at meetings are generally viewed as preliminary until they've been published in a peer-reviewed journal.

For more about ischemic stroke, visit the American Stroke Association. 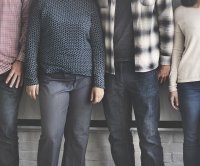 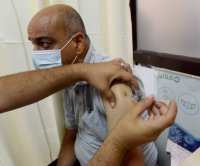 Health News // 1 day ago
NIH to spend $470M for long-haul COVID-19 study at dozens of institutions
The U.S. National Institutes of Health is spending nearly $470 million to study the long-term effects of COVID-19, the agency announced.
Advertisement