Research shows married people are have lower levels of the stress hormone cortisol than their single, divorced or widowed counterparts. 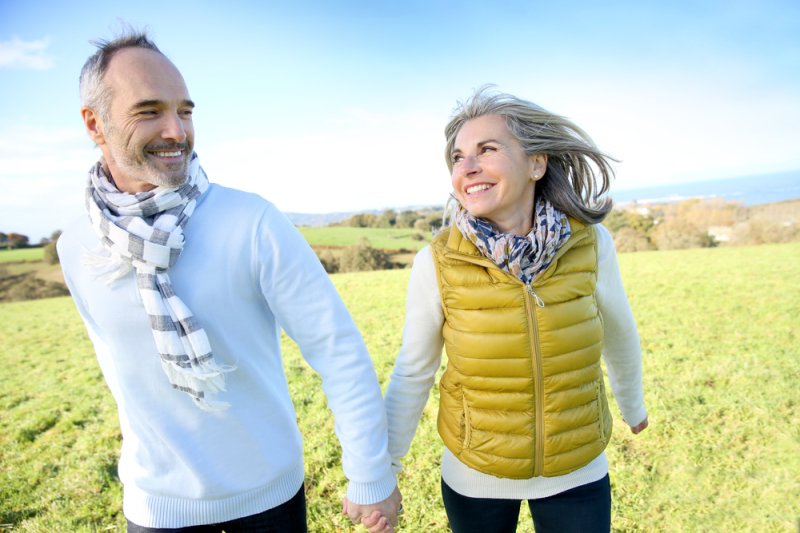 A new study from Carnegie Mellon University has found that married people have lower levels of the stress hormone, cortisol, than unmarried people. Photo by Goodluz/Shutterstock.

Feb. 13 (UPI) -- A new study from Carnegie Mellon University in Pittsburgh has found that people who are married have lower levels of the stress hormone, cortisol, than people who never married or were married and divorced or widowed.

Increased cortisol levels are linked to prolonged stress and can disrupt the body's ability to control inflammation.

Researchers collected saliva samples from 572 healthy adults ages 21 to 55 over a three-day period, with multiple samples taken daily and tested for cortisol levels.

Results showed that the participants who were married had lower cortisol levels than those who were never married or were previously married during the test period. Researchers also found that cortisol rhythms, levels that peak upon waking and decrease during the day, declined faster in married individuals.

A faster decline in cortisol has been linked to less heart disease and increased cancer survival.

"It's exciting to discover a physiological pathway that may explain how relationships influence health and disease," Brian Chin, a Ph.D. student in the Dietrich College of Humanities and Social Sciences' Department of Psychology at Carnegie Mellon and co-author of the study, said in a press release.

The study was published in Psychoneuroendocrinology.

"These data provide important insight into the way in which our intimate social relationships can get under the skin to influence our health," Sheldon Cohen, the Robert E. Doherty University Professor of Psychology and co-author of the study, said in a press release.

Study shows effects of stress on cortisol patterns in police Stress linked to gastrointestinal issues in children with autism: Study Hormone levels in hair may affect IVF success in women