Research has shown that residue left behind on surfaces from tobacco smoke or thirdhand smoke may have negative health effects. 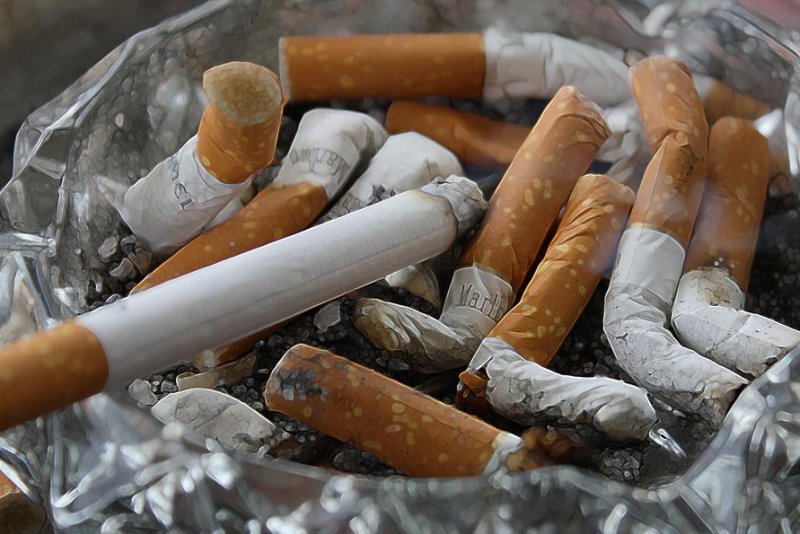 A new study has found that thirdhand smoke, the tobacco residue found on surfaces, may have negative health impacts. Photo by geralt/PixaBay

Feb. 3 (UPI) -- Researchers at the University of California at Berkeley found that thirdhand smoke can lead to lower weight and damage to blood cell development in lab mice.

Thirdhand smoke is the sticky residue left on surfaces like furniture, clothing and walls from tobacco smoke.

The study, conducted by scientists from the U.S. Department of Energy's Lawrence Berkeley National Laboratory, found that newborn mice exposed to thirdhand smoke through smoke-treated cloths for three weeks weighed significantly less than mice in the control group.

Newborn and adult mice exposed to thirdhand smoke also had changes in blood cell counts in the immune system linked to inflammatory and allergic reactions.

"We suspected that the young are most vulnerable because of their immature immune systems, but we didn't have a lot of hard evidence to show that before," Bo Hang, a Berkeley Lab staff and lead author of the study, said in a press release. "In this case, we found that thirdhand smoke appeared to inhibit weight gain in neonatal mice, but not in young adults."

Hang and the team from the Biological Systems and Engineering Division and the Energy Technologies Area at UC Berkeley collaborated with researchers from UC San Francisco and Nanjing Medical University for the study.

Researchers found that the weight effect from thirdhand smoke was temporary and weeks after smoke exposure was stopped, the mice were able to catch up with the mice in the control group.

However, researchers said that human babies and toddlers are at a greater risk because they could come into contact with tobacco residue through crawling and teething at a time when vital immune system development is occurring.

Health News // 5 hours ago
FDA recommends new Omicron COVID-19 shots become standard
Jan. 26 (UPI) -- The FDA's advisory committee approved a proposal to phase out the Pfizer and Moderna COVID-19 vaccines used in the original round of nationwide vaccinations and replace them with the newest shot for the Omicron variant.

Health News // 12 hours ago
FDA official says there is need to regulate CBD over 'safety concerns'
Jan. 26 (UPI) -- CBD is touted for a variety of health effects, but mislabeling and other issues could warrant tighter regulations, the FDA said.

Health News // 14 hours ago
Working out with others may amplify cognitive benefits of exercise
A good physical workout benefits an older brain. So does socializing. Put those two together and the payoff may be even bigger.

Health News // 15 hours ago
Exercise could help women prevent mental decline
A new study finds that getting more steps each day, along with moderate-to-vigorous physical exercise, could cut the risk of dementia and thinking impairments for women.