A new blood test may give doctors insight into who will survive an Ebola infection. 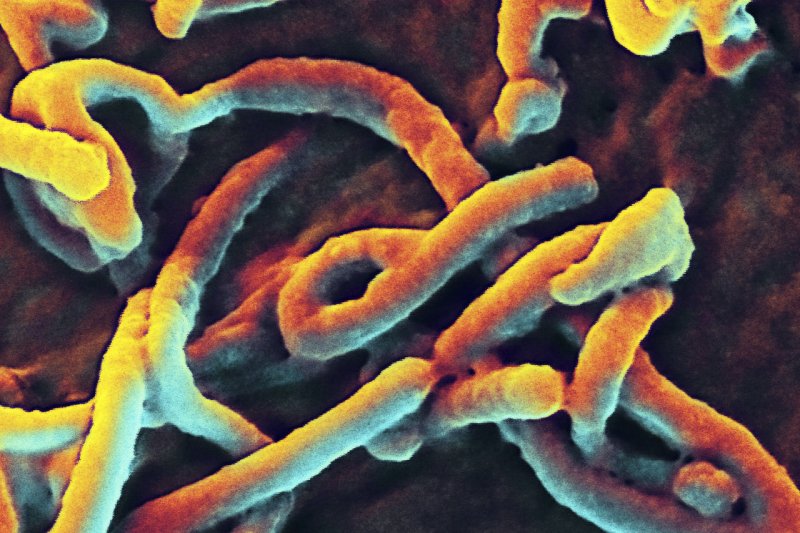 Jan. 20 (UPI) -- Researchers at the University of Liverpool in England have developed a blood test that can determine whether patients will survive or die from the Ebola virus.

The team of scientists from the University of Liverpool along with Public Health England, Boston University and other colleagues have identified a molecular "barcode" in blood samples of patients with the Ebola virus.

The study examined blood samples from patients infected with and recovering from the Ebola virus from 2013 to 2016 during the West Africa outbreak. They used these samples to identify gene products that can act as predictors of patient outcome.

Researchers were able to identify a small amount of genes whose expression can accurately predict patient survival, regardless of the amount of virus in the body, or viral load.

Blood samples of Ebola patients who survived or died from the virus were analyzed using genomic techniques to identify and quantify messenger RNA, or mRNA, and results were compared to blood samples of survivors who fully recovered and were free of the virus.

Results gave vital information about the body's response to Ebola and showed that a robust immune response had no impact on whether a person lived or died from the virus. Researchers also found that the Ebola virus can cause liver damage.

"Our study provides a benchmark of Ebola virus infection in humans, and suggests that rapid analysis of a patient's response to infection in an outbreak could provide valuable predictive information on disease outcome," Professor Julian Hiscox, a virologist at the University of Liverpool's Institute of Infection and Global Health, said in a press release.

The study was published in Genome Biology.

RELATED Some Ebola infections may be symptomless

Health News // 3 hours ago
Intermittent fasting may benefit shift workers like firefighters
"Time-restricted" eating is a popular way to lose weight, and a new study suggests it can offer shift-workers a way to eat more healthfully.

Health News // 6 hours ago
COVID-19 vaccines don't raise risk of Guillain-Barre syndrome, study shows
A new study has found no evidence that COVID-19 shots increase the incidence of Guillain-Barré syndrome, according to researchers.

Health News // 6 hours ago
Older people able to 'bounce back' live better with diabetes, study says
Oct. 5 (UPI) -- Older people with Type 2 diabetes whose attitudes and behaviors help them bounce back after stressful challenges have fewer hospitalizations and better physical functioning, and are less likely to become frail.

Health News // 1 day ago
Study finds disabled patients face discrimination seeking healthcare
Over 30 years since the passage of the Americans with Disabilities Act, some doctors harbor biases toward people with disabilities, and even actively avoid accepting them as patients, a new study finds.

Health News // 2 days ago
Study examines brain structure that may help 'super-agers' stay sharp
Researchers have discovered another clue as to how some older people stay sharp as a tack into their 80s and beyond: Their brain cells are really big.
Advertisement