WEDNESDAY, Dec. 7, 2016 -- National surveys of adults and teens suggest that many Americans have little understanding of the dangerous substances lurking in cigarette smoke.

Most troubling to the researchers: As tobacco makers highlight their elimination of additives, 43 percent to 72 percent of the survey respondents wrongly believe that these additives produce the most hazardous chemicals in smoke.

It's not clear whether anyone will be more likely to start or continue smoking because they misunderstand what chemicals are in smoke, the study authors noted.

Still, "people should know that cigarettes are deadly, and why," said study author Noel Brewer, a professor of health behavior at the University of North Carolina at Chapel Hill. "People have many misunderstandings about what is in cigarette smoke, how it got there, and how to protect themselves from it."

The researchers asked questions of just over 1,100 teens and 5,000 adults in phone surveys, and conducted an additional online poll of about 4,100 adults. The surveys asked about the role of filters and about the contents of cigarette smoke.

The researchers found that 22 percent and 33 percent of adults, depending on the survey, and 27 percent of teens believe that filters keep all harmful chemicals out of cigarette smoke.

But, according to the U.S. Centers for Disease Control and Prevention, "filters do not protect you. They are designed to make smoke particles smaller. That makes nicotine easier to absorb. This increases addiction."

In addition, 61 percent and 72 percent of adults, depending on the survey, and 43 percent of teens said additives are responsible for the most harmful chemicals in cigarette smoke. But the researchers said that is also not true.

"The harmfulness in cigarettes comes from burning them. It's not the paper or filter, it's not the additives. And it's not even the nicotine, unless you're pregnant or a kid," Brewer said. "Burning cigarettes creates new and dangerous chemicals and concentrates others. For the most part, additives do not appear to be the main or even an important source of harm."

So why might people think additives -- which can include things like sugar, ammonia and flavorings -- are the source of dangerous chemicals?

"People think additives are the main source of harm because advertisements have said that for years," Brewer explained. But, he added, accurate knowledge matters when it comes to the chemicals in smoke.

"If they don't understand how cigarettes cause harm, they might, for example, switch to 'additive-free' cigarettes, mistakenly thinking it will spare their health when, in fact, such cigarettes are likely to be equally deadly" as other cigarettes, he said.

Smoking researcher Gary Giovino is chair of the department of community health and health behavior at the State University of New York at Buffalo. He praised the study, saying it reveals that "smokers are inadequately informed."

What now? Brewer isn't calling for education programs, but he noted that "federal law requires FDA [the U.S. Food and Drug Administration] to share information about chemicals in cigarettes. It is important that they [the FDA] do so in a way that helps prevent or reduce smoking, but that does not give people an excuse to switch to other brands or otherwise fool themselves into thinking smoking is safe in any form."

Giovino said the FDA should make sure it checks out claims in tobacco marketing about the topics covered in the new study -- filters and chemicals in cigarette smoke.

The study was published online Dec. 6 in the journal Tobacco Control.

For more about tobacco company marketing, visit the U.S. Centers for Disease Control and Prevention. 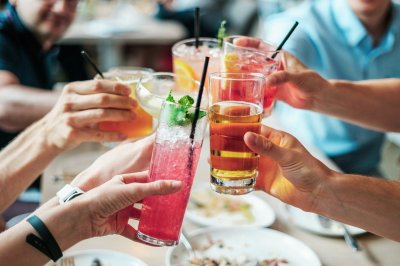