By Monique Patenaude, University of Rochester

An attendee plays a video game at the Electronic Entertainment Expo, or E3, in Los Angeles, Calif., on June 18, 2015. Photo by Jim Ruymen/UPI | License Photo

Children with poor vision see vast improvement in their peripheral vision after only eight hours of training using kid-friendly video games. Most surprising, scientists say, is the range of visual gains the children made were quickly acquired and stable when tested a year later.

"Children who have profound visual deficits often expend a disproportionate amount of effort trying to see straight ahead, and as a consequence they neglect their peripheral vision," says Duje Tadin, associate professor of brain and cognitive sciences at the University of Rochester.

"When we realized that the students achieved up to 50 percent improvement in visual tasks, we were blown away."

"This is problematic because visual periphery -- which plays a critical role in mobility and other key visual functions -- is often less affected by visual impairments."

"We know that action video games (AVG) can improve visual perception, so we isolated the AVG components that we thought would have the strongest effect on perception and devised a kid-friendly game that compels players to pay attention to the entire visual field, not just where their vision is most impaired," says Tadin, who is also a professor in the Center for Visual Science. "As a result, we've seen up to 50 percent improvement in visual perception tasks."

Successful AVG players distribute and switch their attention across a wide area, while at the same time they remain vigilant for unexpected moving targets to appear, all while ignoring irrelevant stimuli.

The researchers created a training game with these specific task characteristics while eliminating other components, such as the demand for speeded hand-eye coordination, and any violent or other non-child-friendly material.

The study included 24 low-vision children from the Tennessee and Oklahoma Schools for the Blind. Pre-training screening showed that while most children had central visual acuity worse than the 20/200 legal blindness limit, they also underutilized their peripheral vision. Issues with the periphery were in part attentional, says lead author Jeffrey Nyquist.

Researchers hypothesized that training the students to pay more attention to their peripheral visual field could have quick results.

"We didn't improve the kids' hardware—these children have profound physical problems with their optics, muscles, and retina, and we can't fix that," Nyquist says. "But we could improve their software by training their brain to reallocate attentional resources to make better use of their periphery vision."

For the study, published in Scientific Reports, students were divided into three groups: a control group that played a Tetris-like game; a group that played Ratchet & Clank, a kid-friendly, commercially available game, and a group that used the training game. All games were played on a large projection screen to better involve visual periphery.

The game the researchers developed has a dual-task component. Students tracked multiple moving objects simultaneously while being on the lookout for another object that briefly appears and requires a response from the player.

"The goal is to pay attention to a number of objects over a large area, and to be prepared to react to unexpected events in the even further periphery," explained Tadin. "It forces the low-vision students to expand their visual field—to shift their attention to the neglected areas of the visual field."

After a total of eight hours of training, groups who trained with the commercially available AVG and the custom dual-task game showed significant visual improvements. Blind kids rely on 'visual brain' to learn language

Improvements were seen in a range of visual tasks. The students were able to better perceive moving objects (motion perception) in the far periphery, they were able to better attend to visual crowding, such as identifying a specific letter within a field of other letters, and they were much faster at finding objects in cluttered scenes (visual search), like finding a stapler on a messy desk.

"We were surprised by the range of improvements, and we were even more surprised when we tested a few of the students a year later and found that the gains they made were stable," Nyquist says. "Within just a few hours of training, they were able to expand their usable visual field and visual search ability."

When the work with the students began, researchers were looking to assess how they maneuver around their environments. "But we quickly went from assessing to thinking 'maybe we have something that can train them and improve their real-life abilities,'" Nyquist says. "When we realized that the students achieved up to 50 percent improvement in visual tasks, we were blown away."

The National Eye Institute supported the research. Nyquist is the founder of a for-profit company, NeuroTrainer, which utilizes the dual-task training component used in this research.

This article originally appeared at Futurity.org. 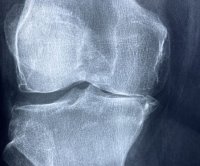 Health News // 10 hours ago
Physical therapy may be better than steroid shots for arthritic knees
Physical therapy for knee arthritis is at least as cost-effective as steroid injections and is more likely to provide longer-term relief, a new study concludes. 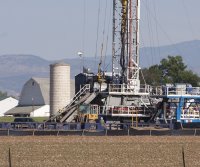 Health News // 12 hours ago
Living near fracking sites may shorten life spans, study suggests
Older people who live near or downwind of fracking sites have an increased risk of premature death, likely due to airborne contaminants from the sites, according to a new study.

Health News // 12 hours ago
'Living' cells in breast milk may provide clues to cancer risk, researchers say
Jan. 28 (UPI) -- Researchers at the University of Cambridge in England have harvested living cells from human breast milk that could be used identify those at risk for developing breast cancer, they said. 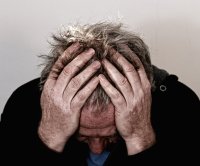