Mcr-1 is widely known among microbiologists for its resistance against colistin.

South Korea’s center for disease control has identified a gene that resists the strongest antibiotics, according to Yonhap. File Photo courtesy of Korea.net

SEOUL, Nov. 30 (UPI) -- A new gene that gives germs the ability to resist even the strongest antibiotics has been identified in South Korea.

The gene known as mcr-1 was discovered in the course of an investigation conducted by Seoul's Korea Centers for Disease Control and Prevention, Yonhap reported Wednesday.

Mcr-1 is widely known among microbiologists for its resistance to colistin, a last-resort antibiotic that is used to save lives of patients with dangerous superbugs.

The discovery of mcr-1 took place in the course of a project involving the analysis of 9,300 cases of intestinal bacteria that have been collected since 2011.

Three cases included mcr-1 genes, according to the report.

If carbapanems show no effect colistin is used, but mcr-1 has previously demonstrated resistance to the antibiotic for which there is no alternative.

Colistin is a 50-year-old antibiotic that was shelved in the '70s because of its toxic effects on the kidneys, according to the World Health Organization.

Researchers at the Walter Reed Army Institute of Research in Silver Spring, Md., have discovered the resistance gene is located on the plasmid of bacteria, which makes it easy for the mcr-1 to travel across bacteria during transmission through bacterial sex.

The gene was first found among humans in China after being detected first among animal bacteria.

The gene has since been discovered in the United States, Europe, Asia and Africa. 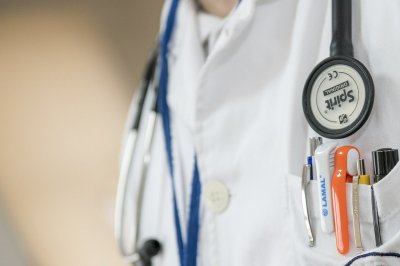