Scientists studied the effects of the controversial beverages in adolescent mice. The drinks contained as much as 10 times the amount of caffeine as conventional soda marketed to teenagers. The study's authors note similar behaviors were demonstrated in many human drug studies.

"It seems the two substances together push them over a limit that causes changes in their behavior and changes the neurochemistry in their brains," study author Richard Van Rijn said in a press release.

The research team conducted two separate studies to test the similarity of caffeinated alcohol and cocaine. During the first experiment, scientists found adolescent mice given high-caffeine energy drinks were not more likely to drink more alcohol as adults. In the second test, however, the adolescent mice were administered high-caffeine beverages mixed with alcohol, and they behaved similarly to mice who were given cocaine. The results were published in the journals Alcohol and PLOS ONE, respectively.

The adolescent mice in the experiment were found to have increased levels of the protein ΔFosB, which is associated with long-term changed in neurochemistry.

"Mice that had been exposed to alcohol and caffeine were somewhat numb to the rewarding effects of cocaine as adults," van Rijn continued. "Mice that were exposed to highly caffeinated alcoholic drinks later found cocaine wasn't as pleasurable. They may then use more cocaine to get the same effect."

The research team plans to continue studying the effects of substances they believe may be harmful to adolescent brains. Their next project will test ethylphenidate, a drug similar to methylphenidate used to treat attention deficit hyperactivity disorder, or ADHD.

Health News // 45 minutes ago
Just 2% of patients who need anti-opioid drug naloxone get it
Naloxone can prevent opioid overdose deaths, but only a tiny percentage of Americans at risk are prescribed the lifesaving drug. 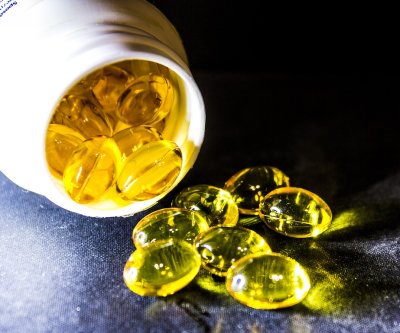