THURSDAY, Oct. 13, 2016 -- The risk of dementia might be doubled for prostate cancer patients who are treated with testosterone-lowering drugs, a new study suggests.

Men who underwent androgen-deprivation therapy (ADT) had close to an 8 percent risk of developing dementia within five years of treatment, compared with a 3.5 percent risk for prostate cancer patients who didn't receive the therapy, researchers discovered.

"People who got ADT in our study had twice the risk of developing dementia, compared to people who didn't," said lead researcher Dr. Kevin Nead. He is a radiation oncology resident at the University of Pennsylvania who conducted the research while at Stanford University in California.

But, the study only found an association between ADT and dementia risk, not cause and effect. And men undergoing androgen therapy shouldn't stop the treatment based on these findings, the researchers said, because more studies are needed to verify this potential link.

Testosterone can promote the growth of prostate cancer, so one treatment option involves using drugs to reduce blood levels of male hormones, or androgens, the study authors explained in background information.

Even so, there's a good chance your doctor will pursue a course of "watchful waiting" rather than androgen-deprivation therapy, surgery or some other treatment, the researchers noted.

The number of low-risk patients who didn't undergo any treatment jumped from 7 percent in 1990-2009 to 40 percent in 2010-2013, according to a 2015 study. That increase has been linked to research that has questioned the predictive value of the prostate-specific antigen (PSA) test in prostate cancer patients.

Androgen-deprivation therapy has been around since the 1940s, and its use has increased in recent decades, the researchers added. About 500,000 men receive the therapy for prostate cancer in the United States, and about half of all prostate cancer patients in industrialized nations will undergo it during their lifetime.

Unfortunately, evidence is mounting that low testosterone levels may also have negative consequences for the brain, Nead said.

"There's a lot of research on low testosterone and negative effects on cognitive [brain] health, and associations with specific types of dementia," he said.

To investigate this potential link, Nead and his colleagues analyzed data for slightly over 9,200 men with prostate cancer.

Of those men, 1,826 received androgen-deprivation therapy. Researchers discovered those men were more likely to be diagnosed with dementia during a five-year follow-up period.

"We found that after diagnosis, individuals with prostate cancer treated with androgen-deprivation therapy had a significantly increased risk of developing dementia, compared to people who didn't get it," Nead said.

But, the picture might be more complex, with factors other than androgen therapy boosting dementia risk, said Heather Snyder, senior director of medical and scientific operations for the Alzheimer's Association.

RELATED Digital rectal exam of prostate may no longer be necessary, researchers say

For instance, men may be treated with androgen-deprivation therapy because they aren't eligible for surgery due to heart problems caused by partially blocked arteries, Snyder said. That can increase their risk for stroke and other circulatory system problems that contribute to dementia.

"I think it's important to recognize you might have this selection bias with patients who do go on to receive this treatment," she said.

Androgens play a complex role in the brain, and there are several theories that could explain why low levels of androgens might increase dementia risk, Snyder and Nead said.

"There's this understanding that throughout our lives, our hormone levels are going to fluctuate," Snyder said. "What that does to our overall brain health is an open question."

For example, androgens are believed to be very important for neuron [brain cell] health, Nead said.

"In the brain, the ability of neurons to repair themselves and not die off, those are at least partially regulated by androgens," he said. "A very reasonable theory would be if you don't have those androgens around to have that protective effect, you would be more susceptible to developing dementia."

Low testosterone levels also have been associated with increased risk of micro-strokes in the brain, which can contribute to dementia, Nead added.

But if you're undergoing androgen therapy, you shouldn't stop your treatment based on these new findings, Nead and Snyder said, because follow-up studies are needed to confirm this potential link.

"We certainly wouldn't recommend changes in clinical care based on this study," Nead said.

The study was published online Oct. 13 in the journal JAMA Oncology.

Health News // 4 hours ago
Most in rural areas 'comfortable' with telehealth during pandemic, study finds
Aug. 5 (UPI) -- Nearly 80% of people living in rural areas who relied on telehealth to continue medical consultations during the COVID-19 pandemic were comfortable connecting with providers remotely, a JAMA Network Open study found.

Health News // 5 hours ago
Two HIV PrEP meds work equally well, one is much cheaper
The two HIV prevention drugs available in the United States are equally safe and effective, and the biggest difference between them is price, a new study contends.

Health News // 6 hours ago
Severe blood shortage hitting U.S. hospitals
David Beverley had been "psyching himself up" for major surgery, as a lifesaving liver donor for his ailing 60-year-old father, Peter. 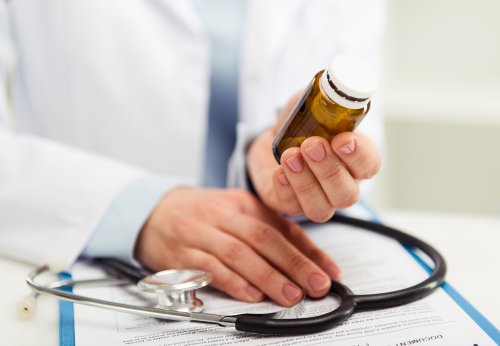 Health News // 12 hours ago
Suicide warnings on anti-seizure meds may not be needed, study says
Since 2008, anti-seizure drugs have carried a warning that they may increase users' suicide risk. But a new analysis finds no evidence of such a risk with newer medications.

Health News // 14 hours ago
Study: Farming practices, changing diets causing more in U.S. to be anemic
Growing numbers of Americans aren't getting enough iron in their diets most likely due to changes in farming practices and a shift away from red meat, researchers report. 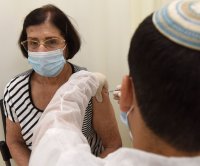 Health News // 23 hours ago
Study: Early signs of COVID-19 may differ by age, gender
Exactly what symptoms of early COVID-19 infection you suffer may depend on both your age and gender, a new study finds.