Alzheimer's drug trial failures may be due to second disease 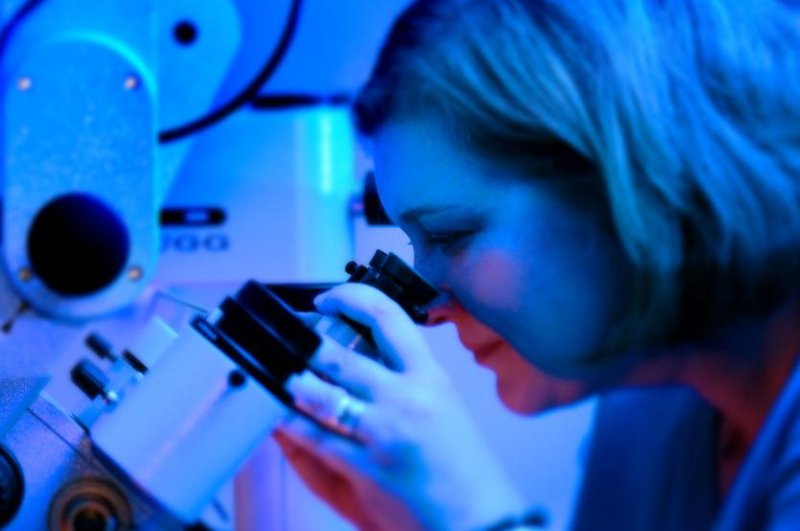 40 to 60 percent of Alzheimer's patients may be living with a second dementia-causing disease, a possible explanation for the failure of Alzheimer's drugs in clinical trials. Photo by Kentucky University.

LEXINGTON, Ky., Oct. 3 (UPI) -- The failure of many Alzheimer's disease drug trials can be traced back to patients having a second dementia-causing ailment, Kentucky University scientists say.

To combat the disease, characterized by the buildup of amyloid plaques in the brain, researchers have invested in immunotherapy methods targeting the formation of brain plaques containing amyloid β peptides. However, Kentucky University's Donna Wilcock, PhD, says this approach may prove ineffective for many patients living with the disease.

A disease called Vascular Cognitive Impairment and Dementia, or VCID, is typically characterized by an inadequate blood flow to a patient's brain, leading to an increase in memory loss. Researchers say the two diseases are not mutually exclusive, and they estimate 40 to 60 percent of patients with Alzheimer's disease also have VCID.

In a study published in the Journal of Neuroscience, Wilcock notes a staggering portion of Alzheimer's patients may also have VCID, the second leading cause of dementia. The professor notes this is likely the reason drugs designed to combat Alzheimer's disease will show promise in animal studies, but will fail to produce the same results during human clinical trials.

RELATED 1 in 10 stroke rehab interruptions may be preventable

"These findings are important in that they provide a possible explanation for why clinical trials of anti-Aβ immunotherapy for Alzheimer's disease have been historically unsuccessful," Wilcock said in a press release. "If up to 40 percent of people with Alzheimer's also have VCID, treatment candidates that target only the AD physiology won't be effective in those patients. It's like treating only half the disease."

Wilcock went on to call for researchers to update their methodology in future studies on the dementia-causing ailments.

"Our next step is to add a treatment for VCID on top of the Aβ immunotherapy to try to overcome the inability to produce a meaningful improvement in learning and memory," she said.