FRIDAY, Sept. 2, 2016 -- Four major U.S. cities and one county will share $2.4 million from the Centers for Disease Control and Prevention to assist in monitoring and dealing with Zika virus-related birth defects, the agency said Friday.

Chicago, Houston, New York City, Philadelphia, and Los Angeles County received money to enhance and coordinate responses to the mosquito-borne virus and speed detection of microcephaly and other birth defects associated with Zika. Babies with microcephaly have undersized heads and underdeveloped brains.

The new funding "will enable these local areas to participate in these important activities in coordination with state efforts," according to a CDC news release.

Priorities include better Zika reporting and referrals of affected infants and families for treatment and social resources. Also, children born to women with positive or inconclusive Zika test results need monitoring to assess their development, the agency said.

The money comes on top of $16.4 million already awarded to states and territories for monitoring birth defects caused by Zika, and $5.5 million available to public health departments to respond to Zika-exposed pregnant women.

To date, there have been no birth defects in the United States tied to locally acquired Zika infections.

Federal health officials have said for months that they expect to see cases of Zika infection in warm, humid Gulf Coast states such as Florida, Louisiana and Texas.

The vast majority of Zika infections have been in Latin America and the Caribbean, with Brazil the epicenter.

The Zika virus doesn't pose a significant health threat to most people, except pregnant women and fetuses.

The virus, while mainly transmitted by infected Aedes species mosquitoes, can also be spread by infected men and women to their sex partners. There is no vaccine or treatment for Zika.

Everyone, especially pregnant women and those planning to become pregnant, should protect themselves from mosquito bites to avoid possible Zika infection, the CDC said.

The mosquitoes were trapped in the same area where several cases of human infection have occurred, officials said.

Ninety-five additional mosquito samples were subsequently tested for Zika and those mosquitoes were found to be Zika-free, the officials said.

On Tuesday, the head of the CDC said federal funds to combat the Zika virus are nearly exhausted and there will be no money to fight a new outbreak unless Congress approves more funding.

As of last Friday, the CDC had spent $194 million of the $222 million it was given to fight the virus, said agency director Dr. Thomas Frieden, The New York Times reported.

Congress broke for its summer recess without approving additional funding. With Zika circulating in Florida, Frieden said the need for new funding was urgent.

The CDC has sent about $35 million to Florida and much of that has been spent, Frieden said. But, he added, if another cluster of Zika cases occurs in Florida, or if there is an outbreak in a second state, the agency would not be able to send emergency funds, according to The Times.

"The cupboard is bare, there's no way to provide that," he said at a briefing with reporters in Washington, D.C.

Senate Republicans have scheduled a vote on $1.1 billion in Zika funding for next Tuesday, when Congress comes back into session.

But Democrats oppose that package because it would exclude Planned Parenthood from the list of providers that would get new funding for contraception to combat the spread of Zika.

Public health experts say the funding issue is critical because the Gulf Coast, where the Aedes mosquito that transmits Zika mostly lives, is only halfway through peak mosquito season. There's a high risk that Zika could start circulating in New Orleans or Houston, the newspaper reported.

The danger of mosquito-borne Zika infection for pregnant American women became more imminent last month, with two neighborhoods in the Miami area reporting cases of locally acquired infection. The CDC is now advising that pregnant women avoid traveling to these areas of Miami to reduce their risk of contracting Zika.

The CDC also is advising pregnant women not to travel to an area where active Zika transmission is ongoing, and to use insect repellent and wear long pants and long-sleeved shirts if they are in those areas. Partners of pregnant women are advised to use a condom to guard against sexual transmission during pregnancy.

Health News // 9 hours ago
More than 1 in 10 COVID-19 patients report memory loss 8 months later
July 29 (UPI) -- More than one in 10 people with COVID-19 report memory and concentration problems up to eight months after infection, a study published Thursday by JAMA Network Open found.

Health News // 17 hours ago
Dementia cases to nearly triple worldwide by 2050, study says
The global total of people living with dementia will rise nearly three-fold by 2050, researchers say, with cases expected to increase from 57.4 million in 2019 to about 152.8 million in 2050. 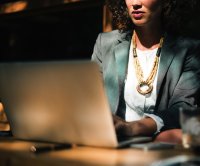 Health News // 19 hours ago
Bogus information on cancer common online, study shows
A new study finds that one-third of the most popular articles on social media about treatment for common cancers contains misinformation -- and most of it can be downright dangerous.