Patients at low genetic risk for cancer recurrence may not need chemotherapy, based on diagnosis with a genetic test called MammaPrint. 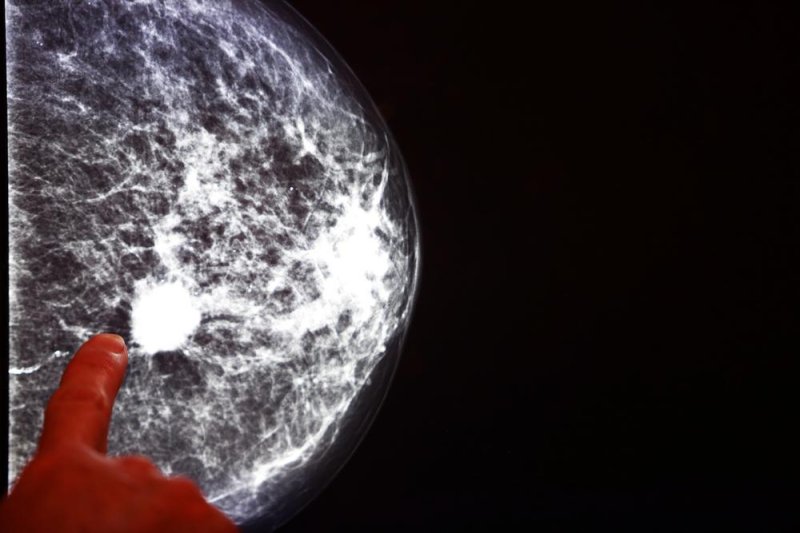 Some breast cancer patients could be spared chemotherapy's toxic side effects if a genetic test shows they are at low risk for recurrence, according to researchers at the University of California San Francisco. Photo by Tomas K/Shutterstock

SAN FRANCISCO, Aug. 25 (UPI) -- Some patients can be spared exposure to chemotherapy during breast cancer treatment based on genetic tests of their tumors, according to a recent study.

Breast cancer patients whose tumors have low genetic risk for cancer recurrence and did not receive chemotherapy survived at rates about as high as similar patients who were treated with the drugs, report researchers at the University of California San Francisco in a study published in The New England Journal of Medicine.

Doctors generally judge how to treat cancer using conventional measures such as tumor size, presence of hormone receptors and metastasis. This clinical risk guides the decisions of doctors and patients, however the genetic test, called MammaPrint, predicts the risk for breast cancer to recur by measuring a group of 70 genes.

The ability to test individual tumors for their potential to grow or spread could revolutionize cancer treatment, UCSF researchers say, because it would allow patients to skip exposure to chemotherapy -- although the drugs kill cancer, they are toxic and cause a range of other adverse health effects.

Of women in the study, 1,550 were found to be at high clinical risk and low genomic risk for cancer recurrence. The researchers split these women into two groups randomly, giving one chemotherapy and withholding it from the other.

Overall, the researchers found 46 percent of women with high clinical risk had low genetic risk, suggesting nearly half do not need chemotherapy as part of their cancer treatment.

"For the first time, a prospective, randomized trial shows that the active biology of breast cancer in an individual, as assessed by the MammaPrint test, can assist in making a well-informed choice to undergo chemotherapy treatment or not," Dr. Laura van 't Veer, an inventor of MammaPrint and director of Applied Genomics at the UCSF Helen Diller Family Comprehensive Cancer Center, said in a press release.

Health News // 37 minutes ago
Vaping may damage teeth, study shows
On top of their other health hazards, electronic cigarettes may help rot your teeth, a new study suggests.