Baby with microcephaly. Photo: U.S. Centers for Disease Control and Prevention
TUESDAY, Aug. 23, 2016 -- High-tech imaging is revealing a wide variety of brain defects in newborns whose mothers were infected with the Zika virus.

The virus has been most closely linked to a birth defect called microcephaly -- an abnormally small head and an underdeveloped brain, the authors of a new study said.

But along with microcephaly, other brain abnormalities can also occur in fetuses exposed to Zika. These include gray and white matter volume loss, brain stem abnormalities, calcifications, and a condition called ventriculomegaly, where the ventricles (fluid filled spaces in the brain) are enlarged.

And other anomalies -- eye defects, hearing problems and stunted growth -- can also arise, according to the special report published Aug. 23 in the journal Radiology.

"From an imaging standpoint, the abnormalities in the brain are very severe when compared to other congenital infections," report co-author Dr. Deborah Levine said in a journal news release. She directs the obstetric & gynecologic ultrasound unit at Beth Israel Deaconess Medical Center and is professor of radiology at Harvard Medical School in Boston.

Brazil is by far the country hit hardest by Zika, with thousands of cases of microcephaly so far reported.

Nearly all of the babies in either the confirmed or suspected Zika infection groups had ventriculomegaly, the researchers said. Most fetuses also had at least one imaging exam that showed an abnormally small head size.

However, defects could occur even when head size was normal -- for example, severe ventriculomegaly was seen in three fetuses with normal head size, the study team reported.

All but one of the babies also had cortical migrational abnormalities, meaning that neurons (brain cells) did not travel to their proper destination in the brain, the findings showed.

Almost all the infants had intracranial calcifications, most commonly at the gray-white junction of the brain. And all of the babies had reduced tissue volume in their brains, along with abnormal cortical development.

Lead author Dr. Fernanda Tovar-Moll, a professor at the Federal University of Rio de Janeiro in Brazil, said, "The severity of the cortical malformation and associated tissue changes, and the localization of the calcifications at the gray-white matter junction were the most surprising findings in our research."

Many of the infants' skulls had a "collapsed" appearance, with overlapping sutures and redundant skin folds, the researchers explained.

"Imaging is essential for identifying the presence and the severity of the structural changes induced by the infection, especially in the central nervous system," Tovar-Moll said.

According to Levine, "The first trimester is the time where infection seems to be riskiest for the pregnancy."

Ultrasound in pregnancy can reveal Zika-related brain abnormalities, but it may take time before these problems are obvious, she said.

"More than one ultrasound or MRI scan in pregnancy may be needed to assess the growth and development abnormalities of the brain," Levine added.

The danger of mosquito-borne Zika infection for pregnant American women became more imminent this month, with two neighborhoods in the Miami area reporting cases of locally acquired infection. The U.S. Centers for Disease Control and Prevention is now advising that pregnant women avoid traveling to these areas of Miami to reduce their odds of contracting Zika. 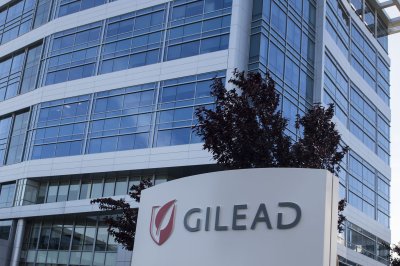