When combined with the compound 3K3A-APC, neural stem cells helped create more and healthier neurons in the brains of mice. 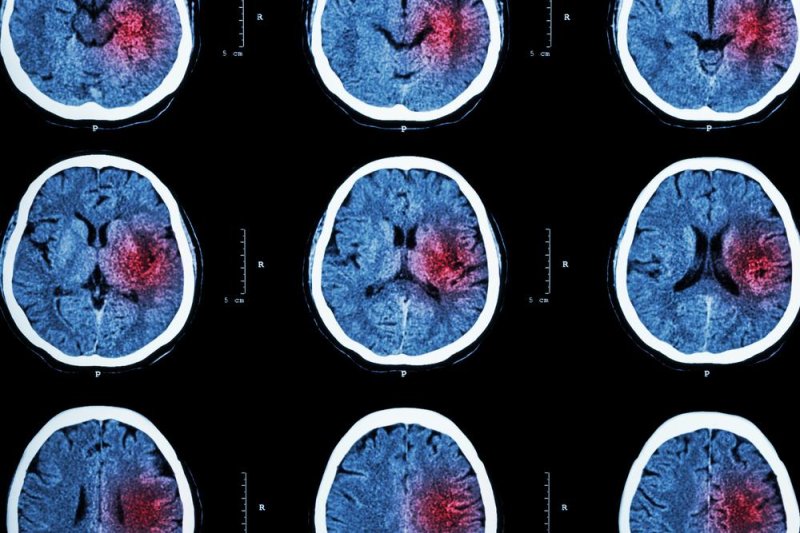 A combination of the compound 3K3A-APC and neural stem cells helped mice with stroke-like injuries regain more function than mice only treated with stem cells, according to researchers at the University of Southern California. Photo by Puwadol Jaturawutthichai/Shutterstock

BETHESDA, Md., Aug. 22 (UPI) -- The combination of stem cells and an experimental compound appears to accelerate recovery from a stroke, according to experiments with mice at the University of Southern California.

Mice treated with stem cells and the compound 3K3A-APC grew more neurons and regained more function than those treated with a placebo, report researchers at USC and the National Institutes of Health.

3K3A-APC is currently being tested in a phase 2 clinical trial to see if it can reduce the death of neurons deprived of blood after a stroke, and has previously been shown to help neural stem cells grow in a petri dish in the lab.

Making stem cells more effective at increasing neuron production in the brain would be a significant improvement for stroke treatment, say researchers, with the potential for phase 2 clinical trials in humans on the horizon based on the recent success.

"When you give these mice 3K3A-APC, it works much better than stem cells alone," Dr. Berislav Zlokovic, a professor at the University of Southern California who led the research, said in a press release. "We showed that 3K3A-APC helps the cells convert into neurons and make structural and functional connections with the host's nervous system."

For the study, published in the journal Nature Medicine, researchers induced stroke-like damage to the brains of mice by disrupting blood flow to specific parts of their brains, starting treatment one week later, the equivalent of months in humans.

First, the researchers surgically implanted stem cells next to dead tissue in the brain, and then treated some of the mice with 3K3A-APC or a placebo.

Initially, the researchers saw mice that received the combination treatment had generated more brain cells. Mice with the combination of treatments also performed better on tests of motor and sensory functions than those receiving the placebo.

To confirm the finding, the researchers used a toxin to kill new neurons in mice given the combination therapy and saw newly gained function disappear. Researchers also tested the reactions of mice that received both treatments, finding neurons in their brains from the stem cells responded more strongly than mice in the placebo group.

Future tests will likely be planned to test the treatment's efficacy with humans, researchers said.

"This USC-led animal study could pave the way for a potential breakthrough in how we treat people who have experienced a stroke," said Dr. Jim Koenig, a program director at the NIH's National Institute of Neurological Disorders and Stroke. "If the therapy works in humans, it could markedly accelerate the recovery of these patients."

Health News // 3 hours ago
Experts: COVID-19 infection offers less protection than many think
It seems like common sense for people who've had COVID-19 to think they now have natural immunity, and don't have to bother getting vaccinated. Common sense, yes, but also incorrect, infectious disease doctors say.

Health News // 15 hours ago
Study: Delay on graphic warning labels on cigarettes may have cost lives
Around 179,000 deaths in the United States might have been prevented over the past decade if smokers had been forced to confront graphic images every time they reached for a pack of cigarettes, a new study suggests.