1 in 5 patients released from hospital with unstable vital signs: Study

Researchers suggest patients with unstable vital signs be discharged with greater caution, or not until their signs are stable. 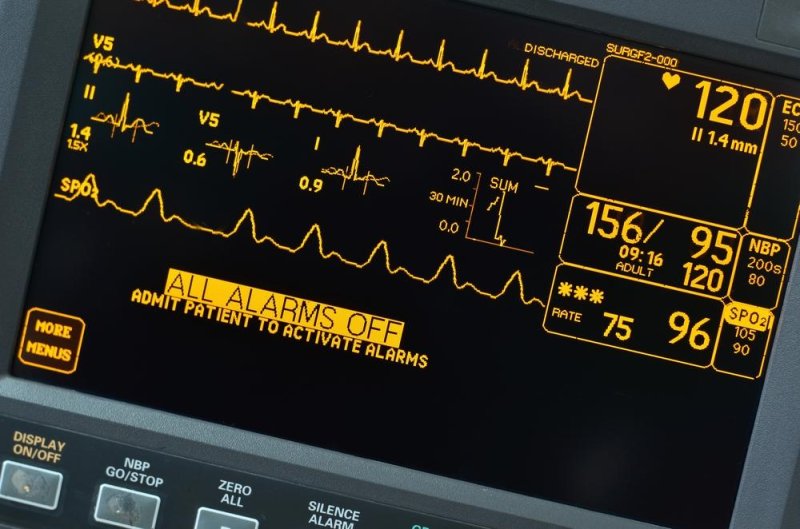 Patients are being released from the hospital with one or more unstable vital signs at high rates -- resulting in nearly 1 in 5 dying or being readmitted within 30 days -- leading researchers to suggest doctors exercise more caution when making decisions. Photo by toysf400/Shutterstock

DALLAS, Aug. 9 (UPI) -- Shortened hospital stays may be causing patients to be released from the hospital too early, resulting in increased rates of rehospitalization and death, according to a new study.

Nearly one in five patients is released from the hospital when their vital signs are unstable, which researchers at the University of Texas Southwestern Medical Center say is an irresponsible practice resulting in the need for additional treatment, or death, that could be avoided.

"At a time when people are developing complicated, black box computerized algorithms to identify patients at high risk of readmission, our study highlights that the stability of vital signs, something doctors review with their own eyes every day, is a simple, clinically objective means of assessing readiness and safety for discharge," Dr. Ethan Halm, director of UT Southwestern's Center for Patient-Centered Outcomes Research, said in a press release. "There's a good reason we call them vital signs."

Vital signs include temperature, heart rate, blood pressure, respiratory rate and oxygen saturation. The measures are typically monitored continuously while patients are treated in the hospital and, ideally, are considered when deciding whether to allow a patient to go home.

The new study, published in the Journal of General Internal Medicine, suggests doctors and nurses are not paying enough attention to the basic measures of bodily function.

After analyzing medical records for 32,835 patients at six hospitals in the Dallas-Fort Worth area, researchers found 18.7 percent of patients were discharged with one or more vital sign instabilities.

RELATED Study: Doctors give up on cardiac arrest patients too quickly

"This finding is an important patient safety issue because patients who had vital sign abnormalities on the day of discharge had higher rates of hospital readmission and death within 30 days even after adjusting for many other risk factors," said Dr. Oanh Nguyen, an assistant professor of internal medicine and clinical sciences at UT Southwestern.

Advertisement
RELATED Hospitals with most heart patients in ICU have worse results: Study

Health News // 3 days ago
Hundreds sickened in 26 states after eating Daily Harvest lentil crumbles
Fallout is mounting for the food delivery service Daily Harvest, which has voluntarily recalled a frozen food product suspected of sickening hundreds of customers in at least 26 states.

Health News // 3 days ago
Injuries, deaths from fireworks climb 25% in 15 years
Fourth of July celebrations often include festive picnics and dazzling fireworks, but these holiday pyrotechnics are causing a growing number of injuries and deaths.

Health News // 3 days ago
Listeria outbreak kills one, sends 22 to hospital, CDC says
July 1 (UPI) -- At least 23 people in 10 states have been sickened and one of them has died in a listeria outbreak may have originated in Florida, U.S. health officials reported.

Health News // 3 days ago
Viral infection from mosquito bite may attract more mosquitoes
When a mosquito bites and infects you with a virus like dengue or Zika, it also makes you smell good to other mosquitos, new research suggests.