Wheat can cause immune response in people without celiac disease, study says

Non-celiac wheat or gluten sensitivity causes a system-wide immune response, which is different than symptoms experienced by celiac disease patients. 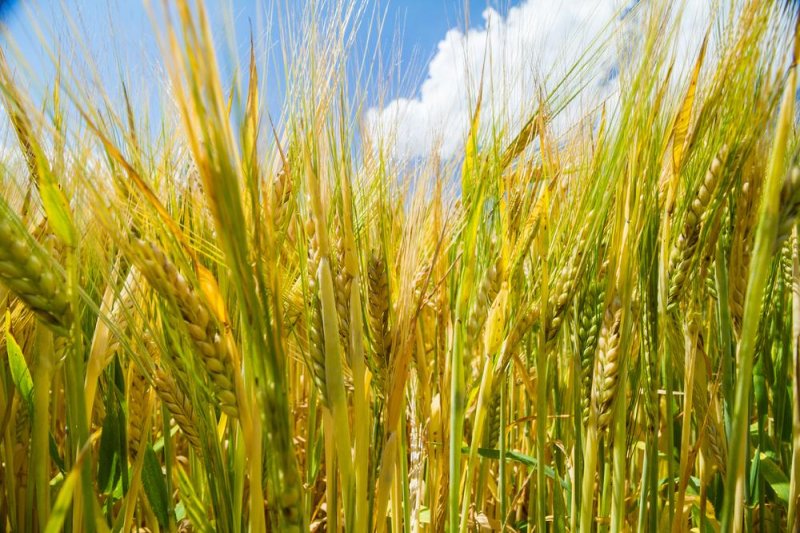 People without celiac disease can experience somewhat similar symptoms if they consume wheat, barley or rye, however the grains' effect on the body is different for patients with non-celiac gluten or wheat sensitivity, according to researchers at Columbia University Medical Center. Photo by Libor Fousek/Shutterstock

NEW YORK, July 26 (UPI) -- People with a wheat sensitivity, but not celiac disease or a wheat allergy, are not imagining symptoms they feel after eating wheat, according to a new study.

Researchers at Columbia University Medical Center report people without celiac disease can experience a body-wide immune response to wheat thought to be related to intestinal cell damage and a weakening of the intestinal barrier, which may suggest a method of identifying and treating the condition.

Celiac disease is a genetic autoimmune disorder causing an immune response to gluten -- found in wheat, barley and rye -- attacking the lining of the small intestine, causing abdominal pain, diarrhea and bloating.

The new study suggests non-celiac gluten or wheat sensitivity, or NCWS, can be identified in patients based on system-wide inflammation after consuming the grains.

"These results shift the paradigm in our recognition and understanding of non-celiac wheat sensitivity and will likely have important implications for diagnosis and treatment," Dr. Umberto Volta, a professor of internal medicine at the University of Bologna, said in a press release. "Considering the large number of people affected by the condition and its significant negative health impact on patients, this is an important area of research that deserves much more attention and funding."

For the study, published in the journal BMJ Gut, researchers examined 80 people with NCWS, 40 with celiac disease and 40 who were healthy.

Though patients with celiac disease show intestinal damage, those patients did not show blood markers indicating systemic immune activation. Researchers say this suggests the intestinal immune response in celiac patients is able to neutralize microbes that in NCWS patients instead pass through the damaged intestinal barrier, triggering a systemic inflammatory response.

Patients in the study with NCWS who consumed a gluten-free diet for six months saw their immune systems calm down and reported symptoms subsided the longer they stayed on the diet.

"Our study shows that the symptoms reported by individuals with this condition are not imagined, as some people have suggested," said Dr. Peter Green, director of the Celiac Disease Center at Columbia University. "It demonstrates that there is a biological basis for these symptoms in a significant number of these patients."

Health News // 5 hours ago
Combo shot for COVID-19, flu vaccines under development
With the expectation that COVID-19 vaccine boosters will be needed during flu season in future years, at least two drug companies are working on a single-shot combination of both vaccines to prevent the need for 2 jabs.

Health News // 7 hours ago
In 16 states, more than one-third of residents is now obese, CDC reports
This week, the U.S. Centers for Disease Control and Prevention announced that 16 states now have at least 35% of their residents who are obese, a number that's nearly doubled since 2018.

Health News // 15 hours ago
NIH to spend $470M for long-haul COVID-19 study at dozens of institutions
The U.S. National Institutes of Health is spending nearly $470 million to study the long-term effects of COVID-19, the agency announced.

Health News // 15 hours ago
PFAS 'forever chemicals' may affect ability to breastfeed, study finds
Sept. 16 (UPI) -- Women with higher levels of PFAS in their blood may be more likely to stop breastfeeding early, a new study published Thursday by the Journal of Clinical Endocrinology & Metabolism found.

Health News // 17 hours ago
Pandemic-related screen time increases tied to rise in kids' near-sightedness
Sept. 16 (UPI) -- Rates of near-sightedness among young schoolchildren in China rose by more than 50% during the COVID-19 pandemic, a study published Thursday by JAMA Ophthalmology found.

Health News // 21 hours ago
Statins may be an effective treatment for ulcerative colitis, study finds
Sept. 16 (UPI) -- Statins, the cholesterol-lowering drugs, may also help treat the symptoms of ulcerative colitis, a study published by the Journal of the American Medical Informatics Association found.

Health News // 1 day ago
Study finds vaping common among people diagnosed with eating disorders
College students who vape appear to be at higher risk of having an eating disorder, a new study suggests.

Health News // 1 day ago
Study: Blood cancer patients may benefit from COVID-19 vaccine booster
Patients with B-cell blood cancers who did not make antibodies to COVID-19 after two shots of vaccine may find that a third shot does the trick, new research finds.

Health News // 1 day ago
Experts: Vaccinating people for the first time should be priority over booster shots
Sept. 15 (UPI) -- President Biden's COVID-19 vaccine mandates for federal staff and certain private-sector employees should help get people vaccinated in the first place, and this effort is more important than booster shots, experts said.
Advertisement