WEDNESDAY, June 29, 2016 -- Scientists report that stem cell therapy appears to be safe for people with the invariably fatal disease amyotrophic lateral sclerosis (ALS), but it's not yet clear whether the treatment provides any benefits.

In a preliminary study of just 15 ALS patients, researchers found that most were able to tolerate spinal injections of large doses of stem cells, although two patients developed serious complications.

Experts called it an important start in developing a therapy for the incurable disease, commonly known as Lou Gehrig's disease.

"We can say this procedure is doable in ALS patients," Glass said. "Now we have to test whether it's actually therapeutic."

Dr. Ericka Simpson, a neurologist and ALS researcher who was not involved in the study, said the finding offers "significant hope."

It's "groundbreaking" that the researchers were able to safely inject large numbers of stem cells into the already damaged spinal cords of ALS patients, said Simpson. She is an associate professor of clinical neurology at Houston Methodist, in Texas.

But, she stressed, major questions remain -- including whether the tactic remains safe in the longer term.

Stem cells are primitive cells that give rise to mature cells; they also have the potential for uncontrolled growth. In theory, Simpson explained, they could eventually cause cancerous tumors, for example.

Each year, about 5,000 Americans are diagnosed with ALS, according to government statistics.

No one knows exactly what causes ALS, but it involves a breakdown in the nerve cells in the brain and spinal cord that control muscles throughout the body. Gradually, those muscles weaken and stop functioning; once the muscles of the diaphragm and chest are affected, people can no longer breathe on their own.

Most people with ALS die of respiratory failure within three to five years of their first symptoms, according to the U.S. National Institutes of Health.

Glass and his team started studying the potential of using stem cells in ALS back in 2010. "We didn't know if it would even be possible," he said.

Now that the approach appears relatively safe, the question is what can stem cells do against ALS? According to Glass, the goal is not to "replace" damaged nerve cells in the spine.

"Just replacing cells won't do the job," he explained: Any new cells would still lack the vital connections with each other and with the body's muscles.

Instead, lab research suggests that if enough stem cells are infused into the spine, they release chemicals that can protect existing nerve cells and their connections.

"The hope is to keep [nerve cells] alive longer, and maintain their connections to muscles for a longer period," Glass said.

The ALS study patients, who were from three U.S. medical centers, had first developed symptoms within the past two years. Each patient received anywhere from 10 to 40 injections of neural stem cells into the spinal cord -- with the number of cells ranging from 2 million to 16 million.

Neural stem cells are the progenitors of various mature nerve cells. The cells used in this study were derived from the spinal cord of an 8-week-old fetus whose tissues were donated, according to Glass.

Over nine months, most of the patients tolerated the treatment fairly well, the researchers said. The most common problems were temporary pain after the injections and side effects from the immune-suppressing drugs that were necessary to dampen any reaction to the foreign cells.

Two patients did have serious complications, the study authors said.

"One patient developed spinal cord swelling after the surgery, and he was worse off after the procedure than before -- which is what we worried about going into this," Glass said.

The second patient developed chronic pain about a month after the procedure -- for reasons that are unclear, according to Glass. It's possible, he said, that the transplanted cells caused an immune system reaction.

If stem cells turn out to have benefits, those risks may be worth it to patients, Glass pointed out.

"Right now, I know all of these patients are going to die," he said. "So what's an acceptable risk? That's a very personal question."

Glass stressed, however, that stem cells remain experimental and unproven.

That's crucial, he said, because desperate patients have already been taken in by "clinics," typically in other countries, that claim to have stem cell therapies for ALS.

Simpson agreed. "Unfortunately, there are 'snake oil' salesmen out there, taking advantage of vulnerable people," she said.

She and Glass both said they've seen patients who've traveled to countries like China, India and Mexico for stem cell "treatments," only to return sicker and $50,000 poorer.

The findings were published online June 29 in the journal Neurology.

The ALS Association has an overview of ALS.

Health News // 23 hours ago
PTSD common after sexual assault, but eases for many, study says
Most sexual assault survivors have post-traumatic stress disorder immediately after the attack, but it tends to lessen over the following months, a new study finds. 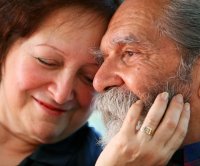