Substances that retrain the immune system to hunt cancer cells were effective in mice with leukemia, though researchers say more work is needed before trying it in humans.

Dr. Emily Curran and Dr. Justin Kline, of the University of Chicago, found a cellular target in mice with acute myeloid leukemia to help the immune system effectively battle cancer -- and cure it in some mice in a recent study. Photo by University of Chicago Medical Center

CHICAGO, June 3 (UPI) -- Retraining the immune system to attack cancer cells is being shown as an effective way to fight the disease, with an immunotherapy treatment for blood cancer now showing promise with mice.

Researchers at the University of Chicago report that using substances that mimic tumor-cell DNA stimulates an immune response to leukemia, though they caution about the potential for side effects in humans receiving similar treatment.

A protein called stimulator of interferon genes, or STING, plays a major role in the body's detection of threats by noticing DNA is in the wrong part of a cell, or anywhere outside the nucleus.

By training STING to recognize and attack DNA in "liquid cancers" such as acute myeloid leukemia, the researchers hope to see an effect similar to those in experiments with mice on solid cancers.

"Our results provide strong rationale for the clinical translation of STING agonists as immune therapy for leukemia and possibly other hematologic malignancies," Dr. Emily Curran, a clinical instructor of hematology and oncology at the University of Chicago, said in a press release.

For the study, published in the journal Cell Reports, researchers confirmed that mice with AML did not have an immune response against the cancer, while the substance DMXAA helped the immune systems of treated mice mount an effective attack against cancer cells.

The researchers report about 60 percent of mice receiving the treatment survived long-term, with some actually being cured of the disease.

They caution that such treatment could have side effects such as inflammation, fever or shock because of a too-strong immune response, but that research should be done on similar, already identified substances -- DMXAA has been shown to be ineffective in humans -- to find if it is as effective in humans as the researchers found it to be with mice.

"Delivery of these substances into the blood led to massive immune responses," said Dr. Justin Kline, an assistant professor of medicine at the University of Chicago. "I've worked extensively with animal models of this disease, and have never seen responses like this."

Health News // 5 hours ago
Animal sedative driving rise in fatal drug overdoses, CDC says
An animal tranquilizer, xylazine, is increasingly linked to drug overdose deaths across the United States, with a new report from the CDC showing the drug has turned up in overdose deaths in 25 of 38 states examined.

Health News // 13 hours ago
Telemedicine surgical follow-up as good as office visit, study suggests
After routine surgery, a "virtual" follow-up visit might be just as good as a traditional office appointment, a new study suggests.

Health News // 20 hours ago
Study: Exercise benefits heart, but could increase calcium deposits in arteries
Sept. 20 (UPI) -- Physical activity, though generally beneficial for the heart, may in some cases increase a person's risk for heart disease, a study published Monday by the journal Heart found. 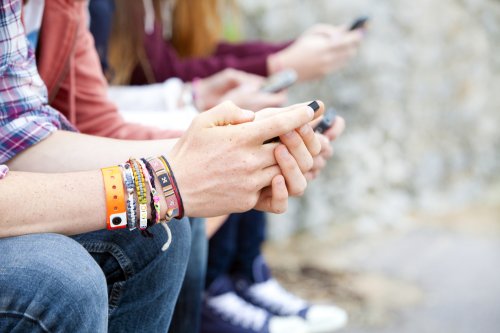