Currently, the only treatment for liver disease is a transplant, though a significant shortage of donor organs means tens of thousands of people die of the condition every year.

A new technique tested in mice can convert cells that drive liver disease, in red, into healthy new liver cells capable of regenerating the damaged liver, in dark green. Photo by University of California San Francisco

SAN FRANCISCO, June 2 (UPI) -- Although the liver can regenerate itself, at least 20 percent of the organ must be healthy to do so and many patients are not aware they have cirrhosis of the liver until symptoms begin, at which point it is often too late.

Researchers at the University of California San Francisco have devised a method of motivating healthy cells to replace cirrhosis-causing cells in mice, suggesting many humans who cannot get a transplant could have another option in the future.

Liver disease affects about 600,000 people per year, but the only cure is a transplant -- donors for which there are not nearly enough, so about 6,000 patients are treated but more than 35,000 die of the disease, according to researchers.

"Liver fibrosis is not rare," Dr. Holger Willenbring, a professor of surgery at the University of California San Francisco, said in a press release. "It's actually the end stage of many chronic liver diseases. Obesity, for instance, can lead to fatty liver disease, which is predicted to become the number one cause of liver fibrosis in the next 10 years."

RELATED Cancer risk remains after hepatitis B cleared from body

For the study, published in the journal Cell Stem Cell, researchers used an adeno-associated virus, a virus that does not pose danger of infection, to reprogram the DNA of cirrhosis-causing cells, turning them into hepatocytes, or healthy liver cells, which function properly and replicate.

In mice with liver disease, researchers found small amounts of healthy cells began to spread in the rodent's livers, improving the organ's function and reducing fibrosis.

The researchers also tested the method with human cells, finding fibrosis-causing liver cells turned back into healthy ones, but they note much more work will need to be done if it is to be used as a treatment for people.

"Part of why this works is that the liver is a naturally regenerative organ, so it can deal with new cells very well," Willenbring said. "What we see is that the converted cells are not only functionally integrated in the liver tissue, but also divide and expand, leading to patches of new liver tissue." 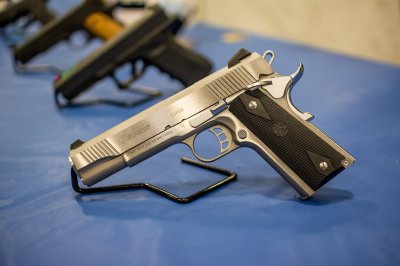