Gene therapy for rare Sanfilippo disease to be tested in humans

Researchers think changing a patient's own stem cells and injecting them in bone marrow could help correct the mutation causing the disease. 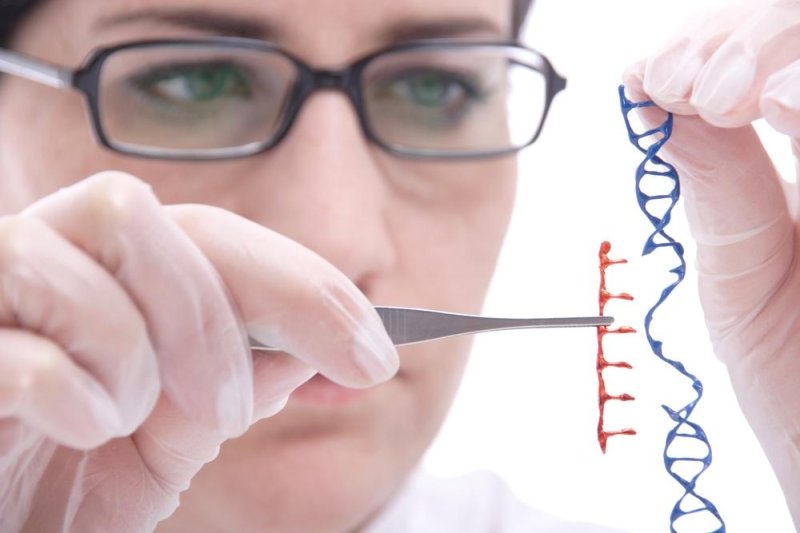 Researchers plan to correct the single genetic mutation in patient's DNA by correcting it in stem cells. The mutation prevents production of an enzyme that breaks down sugar, causing the rare disease -- suggesting the genetic update could be a cure. Photo by GeK/Shutterstock

MANCHESTER, England, May 11 (UPI) -- Researchers in Britain are preparing to launch a clinical trial for treatment of the rare Sanfilippo disease, a genetic disorder that manifests in early childhood and often results in death before adulthood.

Manchester University researchers are working with the company Orchard Therapeutics to develop a gene therapy treatment involving a patients' own stem cells to correct the single gene mutation, with plans to start a trial with humans soon.

Sanfilippo is a progressive disease affecting children born with a genetic mutation caused by a lack of the SGSH enzyme, which breaks down long-chain sugars that build up in the body and the brain.

The disease exists from birth, though symptoms do not show up until sometime between ages 2 and 6, once sugars have started to build up and affect the brain. Symptoms slowly begin to appear, such as hyperactivity, speech delays, autism, ear and sinus infections, and over time children lose the skills they have, developing seizures or painful movement disorders before they die, according to the Cure Sanfilippo Foundation.

"Stem cell gene therapy has shown promising effects in several different diseases and we are hopeful that this technology will change the lives of children with Sanfilippo type A and other monogenic bone marrow disorders in the near future," Bobby Gaspar, chief scientific officer of Orchard Therapeutics, said in a press release.

While bone marrow transplant has been unsuccessful in in the past, due to not providing enough of the enzyme, correcting a patient's own stem cells and implanting them into bone marrow results in greater SGSH production. The researchers developed a device for delivering genetic material into bone marrow cells, which deliver the corrected enzyme throughout the body.

"This license agreement with Orchard will allow us to take the technique we have developed to the next and crucial stage of trials in humans," said Dr. Brian Bigger, director of the stem cell and neurotherapies lab at the University of Manchester. "We are hopeful that this treatment may help to treat the early onset dementia in these patients and saving children's lives. If we can show that it is possible to treat single gene brain diseases, such as Sanfilippo, with stem cell gene therapy, this will pave the way for treating other lysosomal storage and neuro-metabolic disorders."

Health News // 9 hours ago
Deadly tuberculosis strain resistant to approved antibiotics
New drugs may be needed to fight the deadliest form of tuberculosis, because it may no longer respond to current treatments.

Health News // 16 hours ago
Kids fight off COVID-19 quickly but don't develop adaptive immunity
Children's amped-up immune systems allow them to beat back COVID-19 easily, producing a strong initial response that quickly slaps away the virus. But there might be a price to be paid for that sharp reaction.