Ultrasounds did not miss a single case of pneumonia and reduced the need for X-rays by two-thirds.

Researchers say a handheld ultrasound system the like the one pictured, which did not miss any cases pneumonia in children in a recent study, could allow doctors to diagnose the condition in areas with no access to radiography. Photo by Mount Sinai Hospital

NEW YORK, April 12 (UPI) -- Ultrasound may be better than X-rays for imaging children's lungs for diagnosis because it prevents exposure to radiation, reduces medical costs and cuts the length of time children stay at the emergency room, according to a recent study.

Researchers at Mount Sinai Hospital report in the journal Chest there were no missed cases of pneumonia and no increases in other adverse health events among children in the study.

Although three-quarters of the world does not have access to radiography facilities, handheld ultrasound machines can be used virtually anywhere, making them a potentially preferable imaging option even before considering their efficacy.

The researchers also say ultrasound could simply be a better choice for some patients.

"In the era of precision medicine, lung ultrasound may also be an ideal imaging option in children who are at higher risk for radiation-induced cancers or have received multiple radiographic or CT imaging studies," Dr. James Tsung, an associate professor at the Icahn School of Medicine at Mount Sinai, said in a press release.

Researchers conducted a randomized trial with 191 children between the ages of 0 and 21 with suspected pneumonia who sought treatment at the emergency room. Patients in the experimental group received an ultrasound examination, also having an X-ray if the ultrasound left some clinical uncertainty. Patients receiving an X-ray were given an ultrasound afterward, as well.

The researchers found a 38.8 percent reduction of X-rays among patients given ultrasound, with no missed cases of pneumonia among those in the ultrasound group, and no difference in adverse health events or unscheduled healthcare visits between the two groups.

"Ultrasound is portable, cost-saving and safer for children than an X-ray because it does not expose them to radiation," Tsung said. "Our study could have a profound impact in the developing world where access to radiography is limited." 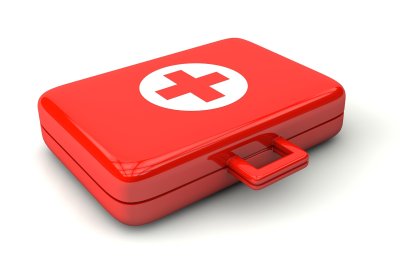