Inflectra is expected to hit the market sometime in 2016, and may carry a lower cost than Remicade, which will allow more patients to benefit from it.

The injectible treatment Inflecta is expected to help many patients with conditions such as IBS and rheumatoid arthritis who could not access or afford the commonly used Remicade after the FDA approved it on April 6, 2016. Photo by Vedmed85/Shutterstock

BETHESDA, Md., April 6 (UPI) -- A drug very similar to Remicade was approved by the U.S. Food and Drug Administration for treatment of Crohn's disease, rheumatoid arthritis, irritable bowel syndrome and other chronic conditions, the agency said.

Inflectra is a biosimilar to Remicade, and while not a direct copy, it matches the original for safety and efficacy, and is expected to offer patients access to an additional treatment method because of its lower cost.

The drug is only the second biosimilar approved by the FDA, a group of drugs grown in living cells that are similar in all clinical effects to the original -- similar to generic chemicals in pills mixed in different ways from the drug's original developer.

Pfizer, which licensed Inflectra for U.S. distribution from the South Korean company Celltrion, said it plans to launch the drug this year. Pfizer said in a press release, however, the timing would be based on "marketplace dynamics and intellectual property considerations," including a lawsuit filed by Johnson and Johnson, the maker of Remicade, to prevent Inflectra from going on sale.

"Biosimilars can provide access to important treatment options for patients who need them," said Dr. Janet Woodcock, director of the FDA's Center for Drug Evaluation and Research, in a press release. "Patients and the health care community can be confident that biosimilar products are high quality and meet the agency's rigorous scientific standards."

The FDA approved Inflectra as an injectible treatment for moderate to severe Crohn's disease in adults and children, and adults with ulcerative colitis, rheumatoid arthritis, spinal and psoriatic arthritis and chronic severe plaque psoriasis.

Biosimilars are expected to have an effect similar to generic pills, making drug treatment available to more people who need it. While the Affordable Care Act includes considerations to motivate the development of biosimilars, pharmaceutical companies have already taken action to stop them, with Johnson and Johnson filing suit against Celltrion last year.

Johnson and Johnson claims in the suit that Celltrion is violating six patents the company holds for Remicade, one of which does not expire until 2027, the Wall Street Journal reports. The patent for the drug's make-up expires in 2018, at which time companies will be able to copy the drug, rather than creating something similar to it.

While the FDA did not designate the drug as interchangeable with Remicade, as Johnson and Johnson points out, the list of conditions it is approved to treat are about the same.

Inflectra was previously approved in 71 other countries, and is likely to help more patients for whom Remicade has been out of reach, its developers in South Korea said.

"As one of the first companies to navigate the biosimilar approval pathway with the FDA, we believe this approval will be an essential step in helping to clarify the application process for these critical medicines," HyoungKi Kim, chief executive officer of Celltrion, said in a press release. "Our experience with biosimilars outside the U.S. suggests that Inflectra provides patients with both therapeutic and financial benefits, and we hope to see the same value provided in the U.S."

Health News // 3 hours ago
'Shielding' elderly, ill does little to lower COVID-19 in absence of other strategies
July 27 (UPI) -- Older adults and those with chronic health conditions who self-isolate to reduce their risk for COVID-19 still are eight times more likely to get infected and five times more likely to die than those less susceptible. 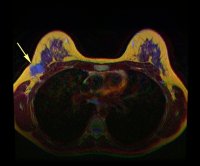 Health News // 19 hours ago
Moderate drinking linked to lower heart attack risk, study says
July 26 (UPI) -- Drinking a bottle or two of wine a week may be associated with decreased risk of heart attack, stroke, angina or death among those with cardiovascular disease, according to a study published Monday in BMC Medicine. 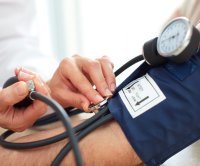