Although mice in the study were fed much higher amounts of the artificial sweetener throughout their lives than most people consume, researchers say people shouldn't use it.

A new study links sucralose, sold as Splenda, to significantly increased risk for leukemia, as well as overall risk for cancer. Photo by abimages/Shutterstock

WASHINGTON, March 11 (UPI) -- Although Splenda has been promoted as a healthier alternative to refined white sugar, a recent study conducted in Italy linked the artificial sweetener to higher risk for leukemia.

Scientists found Splenda significantly increased the risk for leukemia, as well as other cancers, research that is in line with other studies in recent years.

Splenda, or sucralose, was introduced in 1999 as an alternative to other artificial sweeteners shown to cause health issues, as well as to sugar, which is linked to increased risk for many conditions. Most studies, including those done by the sweetener's manufacturer, have not shown it can cause cancer.

In 2013, food advocates downgraded Splenda from "safe" to "caution" because of a previous study conducted at the Ramazzini Institute, which also conducted the new one.

"And even if you consume less, that doesn't mean there's no problem," Lisa Lefferts, a scientist at the Center for Science in the Public Interest, told EatClean.com. "When something causes cancer at high doses, it generally causes cancer at lower doses, the risk is just smaller."

For the new study, published in the International Journal of Occupational and Environmental Health, researchers fed 457 male mice and 396 female mice 0; 500; 2,000; 8,000; or 16,000 ppm of sucralose added to their feed from 12 days of gestation through death.

"These findings do not support previous data that sucralose is biologically inert," researchers wrote in the study. "More studies are necessary to show the safety of sucralose, including new and more adequate carcinogenic bioassay on rats. Considering that millions of people are likely exposed, follow-up studies are urgent." 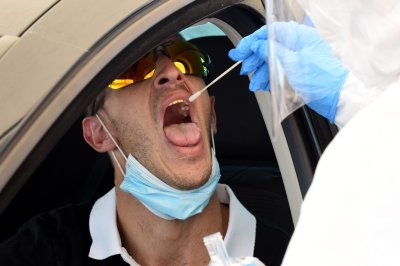