Doctors should be selective with pre-surgical steroid injections for patients having knee and hip surgeries, researchers say. 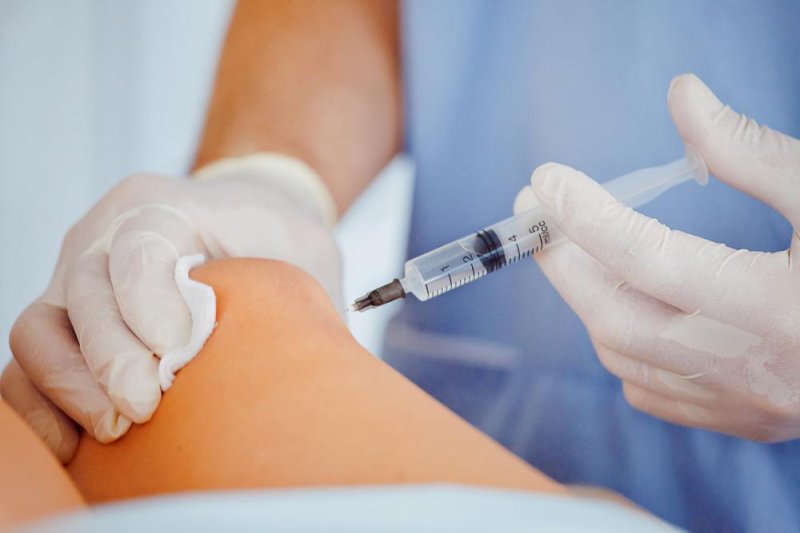 Steroid injections used to reduce pain and inflammation were seen to significantly increase the risk for infection after knee and hip surgeries, depending on how long before the surgery patients received the shot, researchers report in two new studies. Photo by Elena Vasilchenko/Shutterstock

ORLANDO, Fla., March 2 (UPI) -- Steroid injections used to relieve pain and inflammation in patients with osteoarthritis significantly increase the risk for infection if given in the months before surgery, according to two new studies.

Patients who got the injections before having total hip or knee arthroplasty were at a larger risk for the infections, said researchers who presented the studies at the annual meeting of the American Academy of Orthopedic Surgeons.

The researchers thought patients might be at increased risk for post-operative infections they say can be difficult to control and cause additional health problems because the injections, which include corticosteroids, suppress the immune system in order to reduce inflammation. This exposes susceptible patients to potentially life-threatening infections.

"We would recommend being selective when indicating patients for injection, and limiting use of injections to people unlikely to undergo knee replacement in the near future," Dr. Nicholas Bedard, an orthopedic surgeon at the University of Iowa Hospitals and Clinics, said in a press release. "This information is important not only for orthopedic surgeons, but for all health care providers who manage knee arthritis symptoms."

In a study conducted at the Hospital for Special Surgery in New York, published by the AAOS for the convention, researchers analyzed medical records for 196,521 patients in California and Florida who total hip arthroplasty between 2005 and 2012.

The infection rate one year after surgery for patients who did not have an injection was 2.06 percent, but for patients who had an injection it jumped to 2.8 percent -- a 40 percent increase. The strongest period for increased risk was the 12 weeks before surgery, with injections given more than three months before surgery having a significantly lower infection rate of 0.87 percent.

In the second study, also published by the AAOS ahead of the convention, researchers reviewed records for 83,684 patients in the Humana, Inc., database who had total knee arthroplasty between 2007 and 2014.

Of the patients, 4.4 percent who had an injection got an infection at the surgical site, compared to 3.6 percent of patients who did not have an injection. The odds of requiring another surgery for the infection also was significantly higher depending on how soon before surgery patients had received the injection.

"This data allows patients and surgeons to have a candid discussion about the risk of infection after total hip arthroplasty if a hip injection has been given in the prior three months," said Dr. William Schairer, an orthopedic surgeon at the Hospital for Special Surgery.

Health News // 3 hours ago
Removing small kidney stones may prevent recurrent problems
Anyone who has suffered through a large, painful kidney stone wants to avoid a repeat episode. Now a new trial confirms one preventive strategy: removing small "silent" stones before they cause trouble.

Health News // 22 hours ago
Study: Visit friends, take a walk or, better yet, read to lower dementia risk
Aug. 10 (UPI) -- A new study suggests that leisure activities like making crafts, playing sports or volunteering are linked to a reduced risk of dementia.

Health News // 1 day ago
FDA authorizes altered monkeypox dosing regimen to increase doses five-fold
Aug. 10 (UPI) -- The U.S. Food and Drug Administration has authorized an alternative dosing regimen of the monkeypox vaccine that will increase the total number of doses available five-fold amid a nationwide shortage of the medicine.
Advertisement