Researchers said the dapivirine vaginal ring could have more success at controlling the spread of HIV because women can fully control its use, unlike condoms.

When used properly, the dapivirine vaginal ring reduced the spread of HIV by nearly two-thirds among women older than 25, according to a recent study. Photo by International Partnership for Microbicides

Researchers from the National Institutes of Health found the ring, which contains the antiretroviral drug dapivirine, was most effective at preventing spread of the disease among women older than 25 in a trial in Malawi, South Africa, Uganda and Zimbabwe.

Overall, the ring was effective barely more than a quarter of the time because of improper use or women who did not use it. The spread of HIV was reduced significantly when used properly, though.

More than 25 million people in sub-Saharan Africa have HIV or AIDS, with 9 out of 10 children in world who have one of the diseases living there, according to the World Health Organization..

Researchers said the dapivirine vaginal ring could have more success at controlling the spread of HIV because women can fully control its use, unlike condoms, with which men can interfere. The $5 silicone ring can be worn for a month, does not need to be refrigerated and can sit on a shelf for five years.

"I remember really vividly talking with some of the participants in Zimbabwe partway through the study, and they would say, 'This ring is mine,'" Dr. Jared Baeten, a researcher at the University of Washington, told the New York Times. "There was ownership of the ring because she could control it."

For the study, published in the New England Journal of Medicine, researchers in the ASPIRE study enrolled 2,629 women at 15 health clinics in Malawi, South Africa, Uganda, and Zimbabwe between the ages of 18 and 45 who were at high risk for HIV infection, giving them either the dapivirine ring or a placebo. All women in the trial also received counseling on HIV risk reduction, advice on treating sexually transmitted infections, and free condoms.

There were a total of 71 HIV infections in the dapivirine group and 97 in the placebo group -- a 27 percent reduction in spread of the disease. When researchers did not count results from two sites with lower numbers of patients continuing to participate or following instructions, the infection rate among women using the ring was 37 percent lower than the placebo group.

The researchers found women older than 25 had a 61 percent lower risk of HIV infection, because younger women used the ring less consistently, based on lower levels of the drug found in blood tests. The ring reduced risk for infection by 56 percent, as well, but provided little protection for women between the ages of 18 and 21.

In addition to conducting ASPIRE in conjunction with the National Institutes of Health, the International Partnership for Microbicides also found in The Ring Study that the dapivirine ring decreased HIV infection by 31 percent over a placebo.

RELATED Teens not tested for HIV as often as recommended

More research is needed to find the combination of factors -- behavior, biology, or both -- that made the ring so much less effective in younger women, the researchers said.

"Women need a discreet, long-acting form of HIV prevention that they control and want to use," Dr. Anthony S. Fauci, director of the National Institute of Allergy and Infectious Diseases, said in a press release. "This study found that a vaginal ring containing a sustained-release antiretroviral drug confers partial protection against HIV among women in sub-Saharan Africa. Further research is needed to understand the age-related disparities in the observed level of protection." 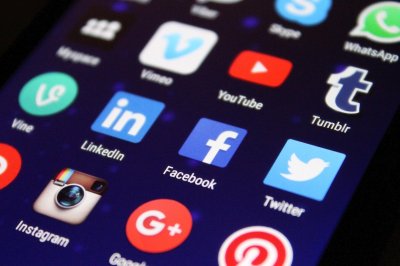