Too much vitamin D may increase falls and fractures

Too little, or too much, vitamin D appears to have a negative effect on falls and fractures, researchers said in a new study.

Scientists not involved in the study said it was flawed because daily dosage of vitamin D, as well as a control group not taking supplements, were not considered during the research. Photo by R_Szatkowski/Shutterstock

ZURICH, Switzerland, Jan. 5 (UPI) -- Vitamin D supplements are used by many older patients to prevent fractures and strengthen bones, however people in a new study who took lower doses of vitamin D had fewer falls and may have been better protected from fractures.

The counterintuitive new study conducted by the University of Zurich found those taking higher doses of the vitamin had more falls.

The study suggests a range of vitamin D levels with the most benefits, with too much or too little negatively affecting balance and function.

"We expected that we would see more benefit by going to the higher doses of vitamin D," Dr. Heike Bischoff-Ferrari, chair of geriatrics and aging research at the University Hospital Zurich, told Time. "Contrary to expectations, we found that actually the lowest dose was the most advantageous for any of the outcomes we looked at."

In the study, published in JAMA Internal Medicine, researchers recruited 200 men and women over age 70 with a prior fall, splitting them into three treatment groups: Low-dose group receiving 24,000 IU of vitamin D, one group given 60,000 IU of vitamin D, and one given 24,000 IU of vitamin D and 300 micrograms of a broken-down form of the vitamin called calcifediol. The participants were given monthly doses from December 2009 to May 2010.

Bischoff-Ferrari said finding a range of vitamin D that helps prevent falls could require future research. Scientistsnot involved in the study, in an editorial published in JAMA Internal Medicine alongside the study, point to weak points in the study and overall inconsistency in similar studies.

The researchers point out the lack of a control group in the study -- a group taking no vitamin D -- and all patients in the study were treated with monthly doses, rather than daily ones. The timing of doses, as well as size, may have different effects, based on vitamin staying in the body for around six weeks after ingestion.

The editorial also suggests previous research on vitamin D supplements has been inconsistent, and changing diets to increase the vitamin is the best choice for patients. "It is prudent to get recommended intakes of vitamin D and other vitamins from a balanced diet with foods that naturally contain what is manufactured into supplements," the researchers wrote. 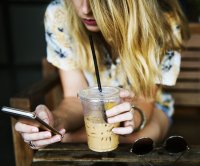